i’ve been in spanish class for two days and my brain hurts. i thought it’d be a good time to sit down and enjoy writing in english. my teacher is kicking my butt, but i think it’s worth it because i’m definitely improving. but, i’m getting way ahead of the blog timeline right now. a lot has happened in the last week and i need to review.

first, the landslide and adventure that followed…

pete wrote all about this in his blog, if you’ve already checked there. but, i just have to add that it was a really fun day for me. (obviously i wasn’t driving one of the bikes down the steep hill!) but, i got to hang out with a bunch of locals, practice my spanish, and try and gauge whether the route was worth the risk alongside bob. after hours of pondering, watching, interacting, etc. we decided that the road above was not getting clear in one day and went for it. 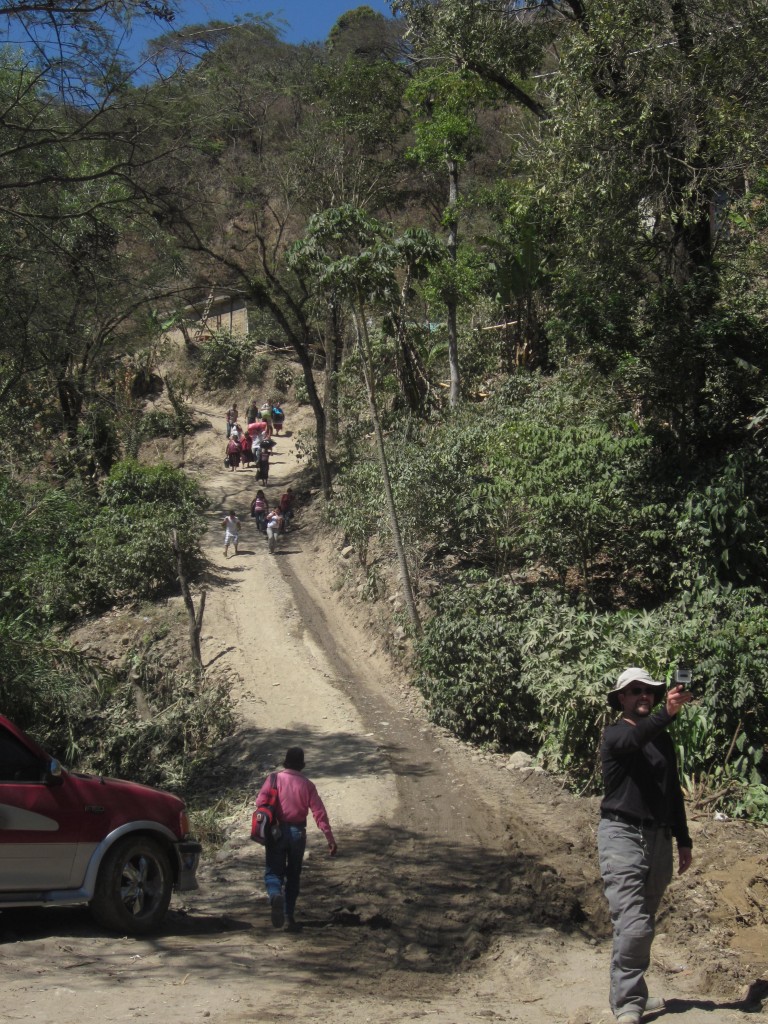 the alternate route (and pete getting a pic for his blog)

the brave boyfriend (correction: super skinny boyfriend, after four days of not eating due to montezuma’s revenge) who went for it and rode down the hill in the background, saving us a day of being stuck near the border of guatemala

FRIENDS!!! i can’t even describe how wonderful it was to get to spend a day with our friends juliana and ryan. we met up for breakfast on saturday morning and didn’t part ways until 11pm that night. it was so refreshing to be with people who know us after being strange foreigners for so many weeks. and, ryan and these two are total caretakers. we were all a little beat-up from the last week of travel. so, their presence came at the perfect time in our travels. they even took a backpack full of our second wave of purging home with them. (yes, we’re still purging… it’s a long process to figure out what is absolutely necessary on this kind of trip) we’re so lucky to have friends like them! 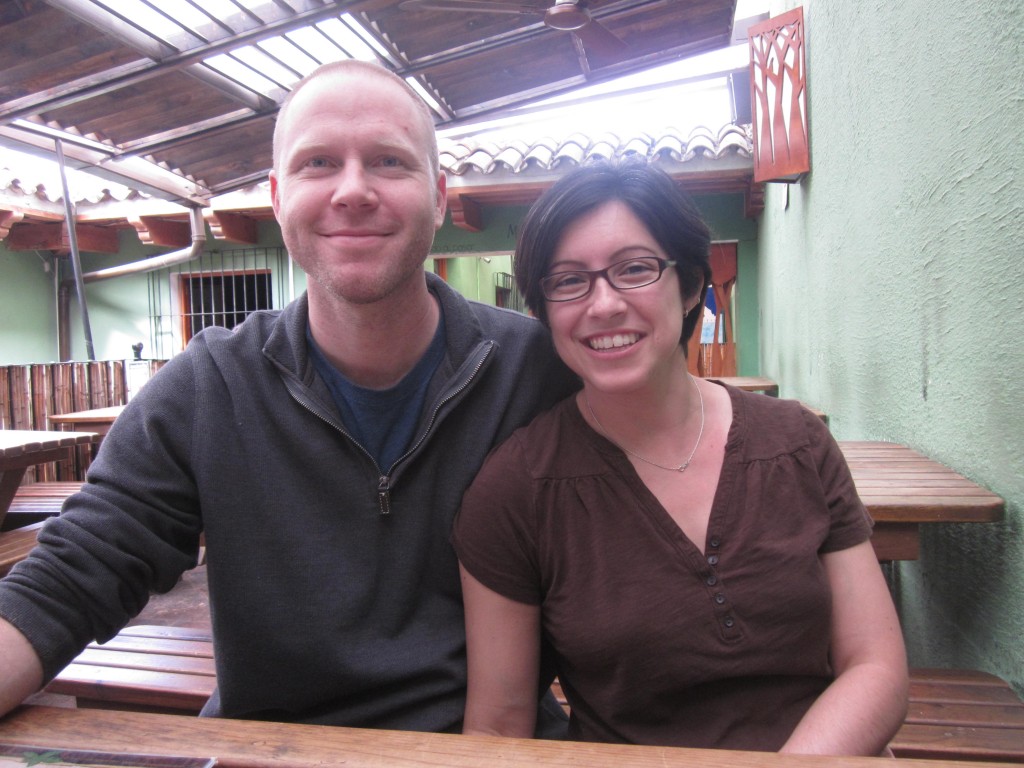 of course i jumped at the chance to work on an old client! juliana needed a haircut, and i wouldn’t have left home without my shears and cape. it was fun to dabble in my old craft for a night. 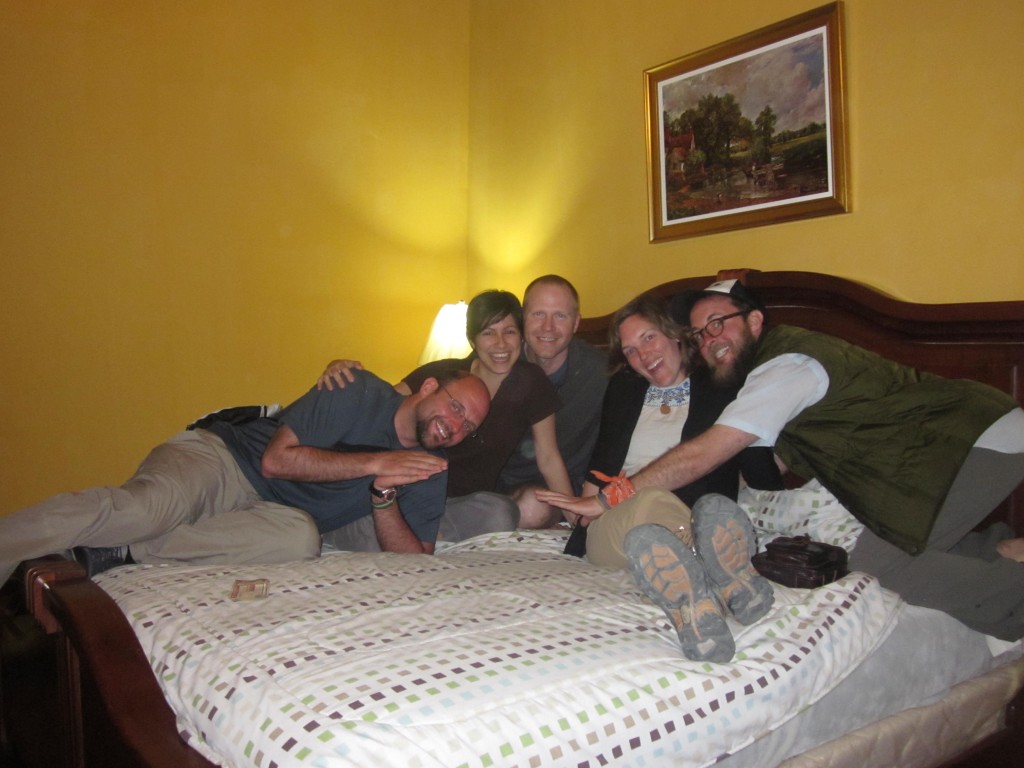 the bed in their hotel room was huge and we were all a little loopy at the end of the night from sickness and the tiniest bit of vino. this was the best shot of the bunch.

those are the highlights of the last few days. mostly the trip from san cristobal to antigua was just an exhausting cycle of riding, searching out a hotel for the night, and using the bathroom (with a landslide thrown into the mix). but, now that we’re staying put for a week, being feed three square meals a day by lovely guatemalan women, and know where we’ll sleep for the next four nights life is pretty easy. more on being a student for the first time in ages to come soon. for now… my homework awaits.

« guatemala!
the last days of antigua »