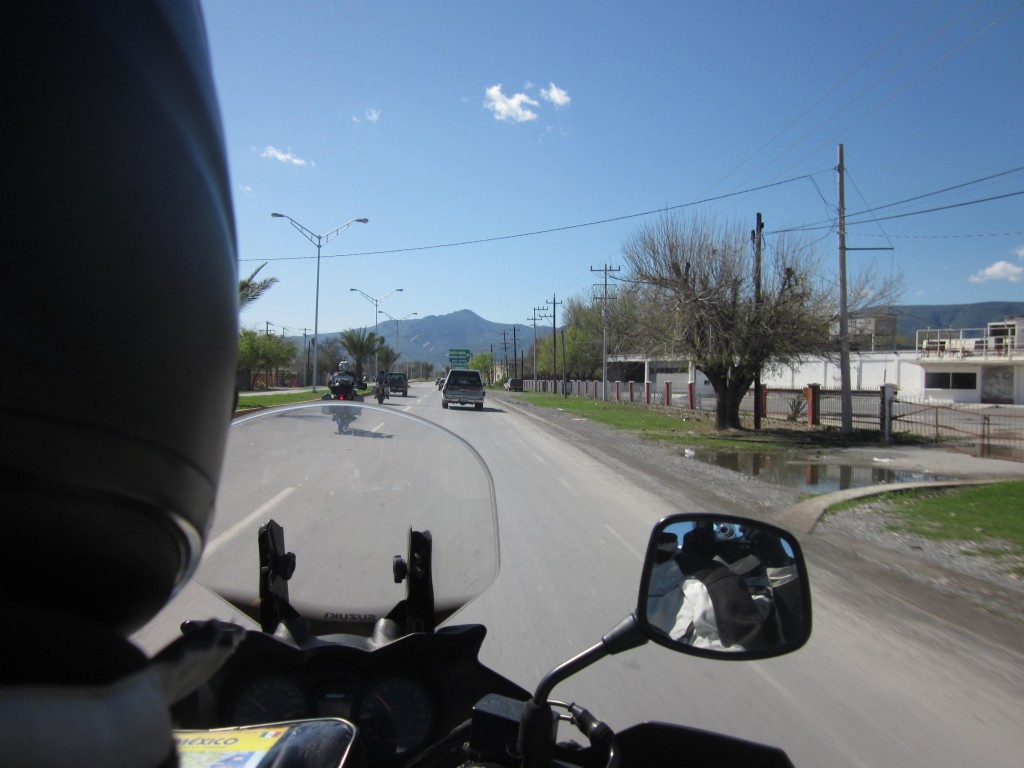 this is a guest commentary by bob.  a lot of what we have been doing on this trip has been riding a motorcycle.  our reason for this is to experience different places and cultures, in which bec is doing a very good job covering.  being that i am operating  the machine, we figured it was about time i write a post on what this part of the experience is like.  maybe there will be some tips for anybody planning on operating a vehicle in one of these countries.

first off, it is an entirely different way of riding than in the u.s. and consists of three different environments (in my mind at least): the open road, city riding, and passing through small towns.

first, the open road: the roads are great in general.  a lot of times you have to watch out for potholes, livestock, crazy truckdrivers, and broken down vehicles, but other than that these are some of the best roads we have ever ridden.  one of the most significant changes from the u.s. has been that the a route number for a major thoroughfare consists of that road and all of the other roads within 20 or 30 miles.  the important thing to know is what city you are trying to reach and what cities are along the way.  the other big difference is that everybody on the road is aware of where you and every other car on the road is located at all times.  this is really nice, because in the u.s. i am constantly on guard for the absent minded cell phone driver.  here that’s not the case and it opens up a different type of riding.  we pass a lot of people because the roads are steep and many trucks, buses, and cars are overloaded and moving super slow.  being on a bike makes this task super easy since we can always merge over into our lane with no problem (again, the people are paying attention to motorcycles).  the last new thing is something they call lane splitting.  it took a second to have faith in this, but after seeing the way the traffic moves to the side to make a new, smaller lane for motorcycles it has been a pretty fun way to travel and after a few thousand miles in mexico and central america we are well accustomed to this when it presents itself.

second, city riding: there are very few cities we have passed that have a way around.  most consist of going straight through the heart of the city.  this means a lot of traffic, generally, and a lot of really aggressive drivers.  so far, i have realized a few things that have helped get through them (we are not using a gps).  first, when entering a city follow the hoards of traffic because more often than not people are heading to the city center.  second, when the road changes into a material that is dated or seems like it just has a lot more wear it probably means you are getting close to the city center.  third, and we have just recently started to use this one (thanks for the tip merrill!), when lost look for the names of cities you are trying to get to on the front or back of buses and go the same direction.  when we have been trying to find a specific spot in a city and are having no luck – guanajuato comes to mind – we have hired a cab and followed behind.  it works pretty well and is pretty cost effective.  when we have been just passing through cities, i have been relying on signs and my compass to keep us heading in the right direction after passing the city center.  there really isn’t a steady traffic flow out of town so that method becomes unreliable and signs are better once you’re about five or ten miles out of town so the compass has really been a good guide.

third, passing through small towns:  most of the time when passing through a small town there are topes (toe-pays) to force people to slow down since there isn’t a whole lot of respect for traffic cops here.  we have seen people pass cops at pretty high speeds in no passing zones with no repercussions.  the topes are basically any version of a speed bump you can imagine and our bike’s center stand tends to remove chunks of them more often than not.   the great thing about them is that bikes can hop over them a lot faster than the other vehicles so when traffic comes to a stop, we just pop around the side and avoid traffic all together.  the open road lasts until we have to pass another bus or truck or slow car.  this is the only good thing about topes.  i am tired of them otherwise.  aside from the topes, random construction and landslides have shown us that it pays to be on a moto.  we are expected to jump to the front of the line and even drive right through the construction at times.

riding the bike all this way has been an eventful experience.  we are over 5,000 miles right now and probably have another five to seven left to go.  we had a very slow speed wreck on the bike one time back in mexico and have fallen over at a stand still on a few other occasions.  the accident sucked but taught me a great lesson about how important momentum is when trying to get over obstacles.  everyday has been its own adventure so far and we are learning a lot about our neighboring american countries and ourselves.

because it wouldn’t be me if i didn’t share some strong opinion i have, here it goes.  the day we crossed the border into mexico, i had a lot going through my head.  this was completely new territory for me and after so much negative commentary about mexico, guatemala, el salvador, and honduras i did have a slight worry that i may have possibly been in over my head.  i also had a lot of excitement and trust in humans to be good to one another.  when we were riding that first 50 miles i realized there was nothing to be afraid of and i got really excited to be in a new country and starting a pretty amazing journey.  then i felt a little bit of anger underneath that.  this is something i have dealt with for a number of years now.  we are being fed bad information on a very regular basis.  there is so much fear pumped into our minds about places we have never been and don’t even fully understand.  it’s not just about mexico either, it’s about all of the communities close to our homes in the u.s. that we are programmed to think of as dangerous or having ‘bad’ people living there.  i have visited these places i was told not to go for my safety and i am currently in the process of visiting more of them right now and i can report that, as one women in louisianna commented, “people are people.”   i feel like our idea of what security is in the u.s. is actually a bigger threat to our safety than any gun or drug war or petty thief or whatever else we think is scary. we are losing our ability to easily connect with other people, and therefore our ability to understand our differences and why they exist in the first place.  i think of my ability to travel as the greatest privilege i have in my life.  this applies not only to the other side of the continent, but also the other side of the cities and states in which i have lived.  i have learned so much about other people and myself from this.  so to everybody who has seen a strange face in their neighborhood, thanks for being welcoming and nice.

here is a you tube video of us cruising through the mountains in the state of oaxaca taken from the passenger point of view.  there is  a lot of wind noise so you may want to turn the volume down and put something else on.  my favorite jams for riding so far: chancha via circuito – cumbia murguera;  robert quine and fred maher – fala

Response to on riding… and travelling

« another border crossed
miraflor: part one »