heading south again from cartagena, we decided to take a small side trip to the town of mompos. it was definitely not on our route to medellin. but, after getting a recommendation from a friend and looking into it, we decided it was a place we wanted to see. it is the inspiration for one of the towns in gabriel garcia marquez’s: 100 years of solitude. part of the draw was the adventure in getting to the town. it’s in the middle of the magdalena river basin, where many tributaries all converge. we had to catch a ferry across the magdalena, then go over two (not so stable looking) bridges, and ride a stretch of road where the pavement was long gone and was a muddy mess of divits and huge potholes. we headed there on a sunday, and keeping with our routine of not doing too much research before arriving in a new spot, we didn’t pay too much thought to the ferry schedule of a tiny-middle-of-nowhere town. so, we pulled up into the town where the ferry was to leave and were told that there wouldn’t be any more leaving late on a sunday afternoon. but, then the two old gentlemen we had consulted decided that there was in fact one more that left from a point 20 minutes up the bank. so, we booked it down the dirt road with locals motioning us on in the right direction, as it was obvious where we were headed. and we drove onto the last ferry not five minutes before they started up the big engine and pulled away from the bank. whew, close call! 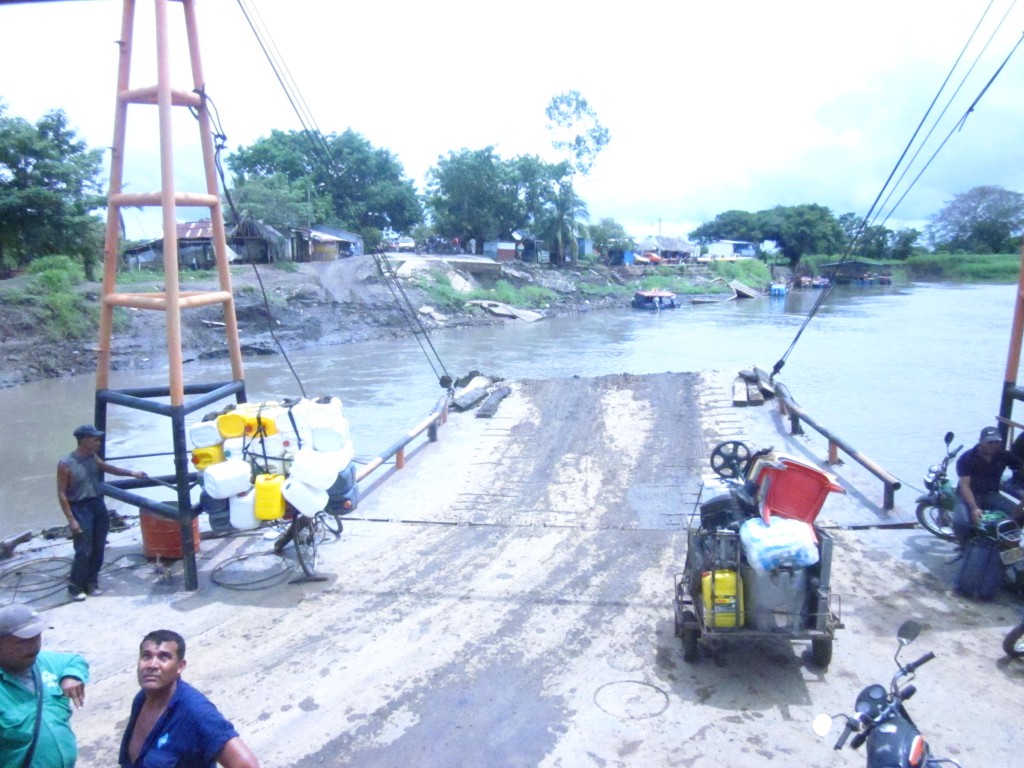 heading off on the ferry. all you have to do is drive down the little mud bank and you're on. 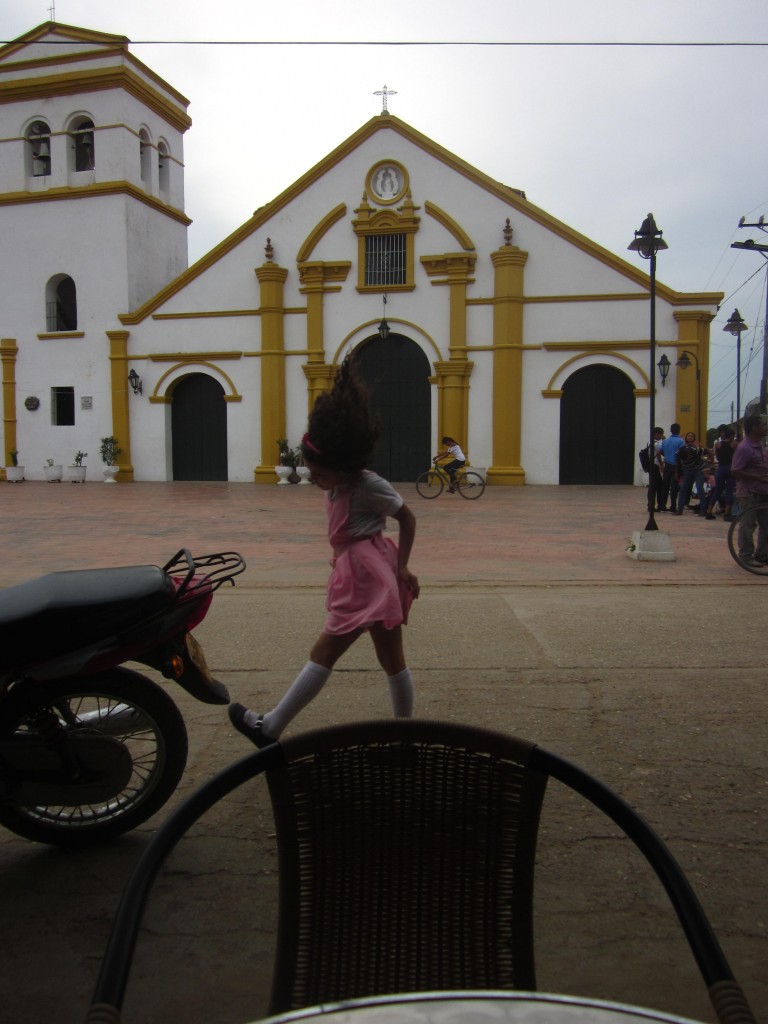 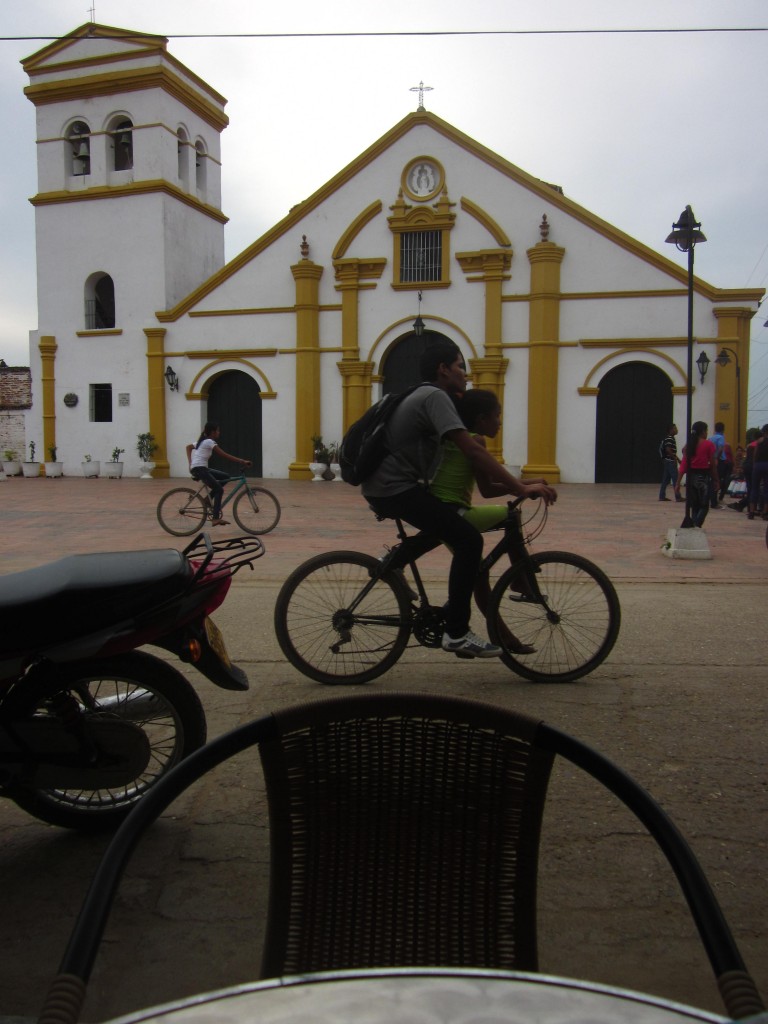 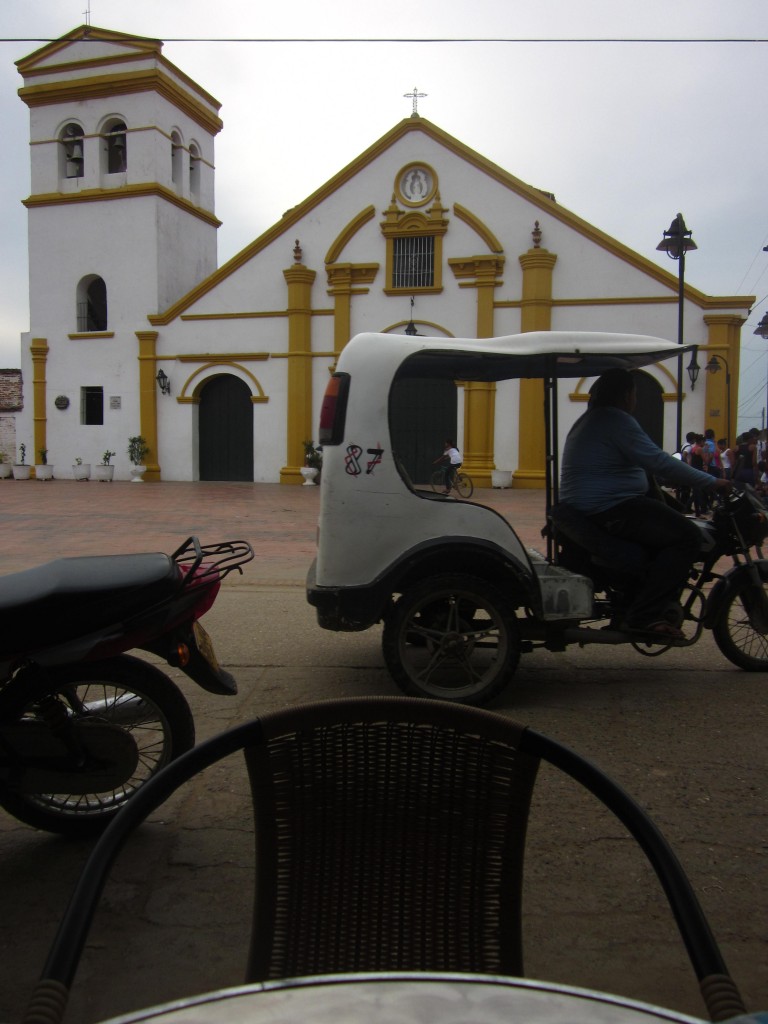 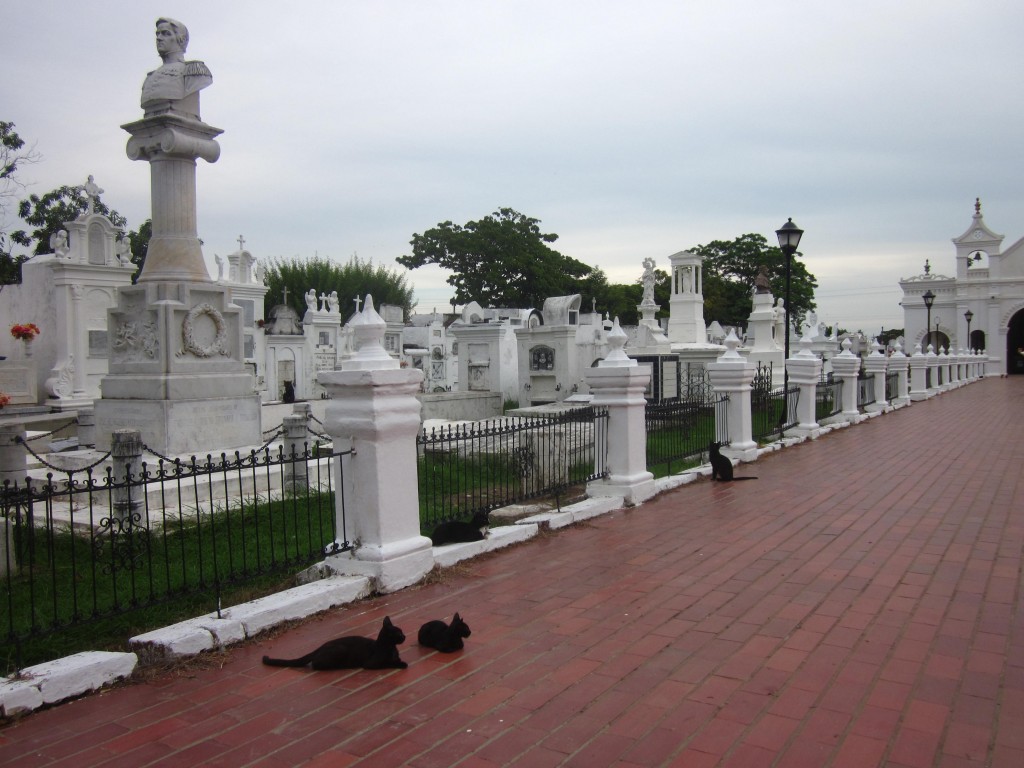 we saw a total of 9 black cats on our way into this cemetery. creepy! you'd think it might have dissuaded us from entering, but no. 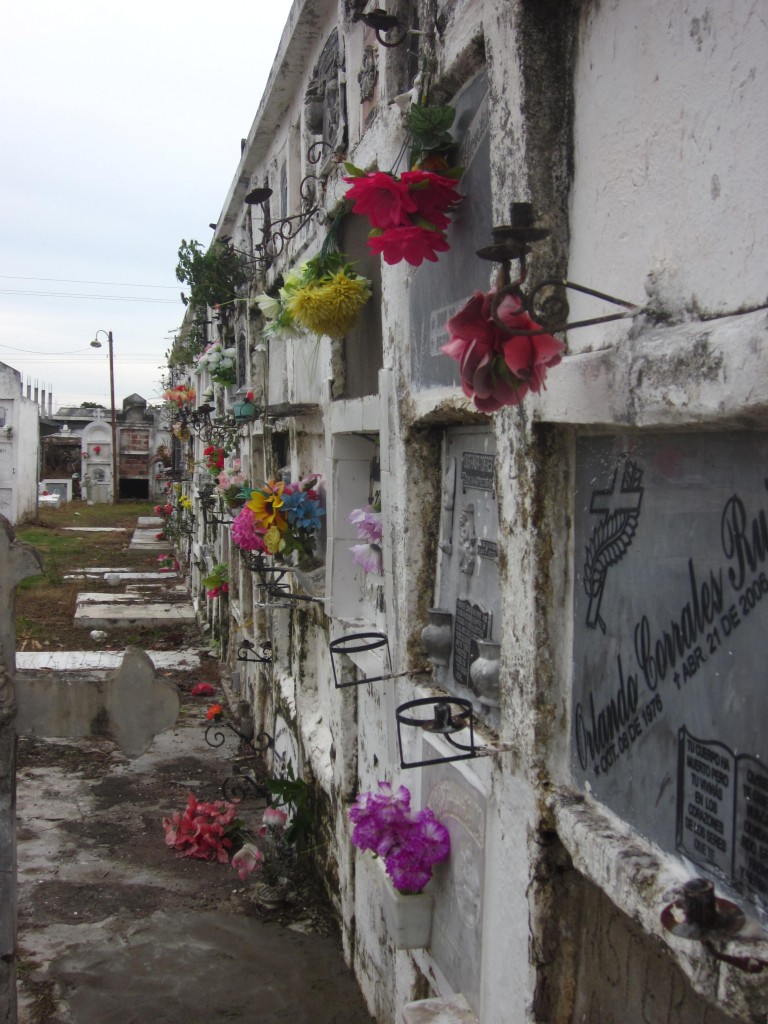 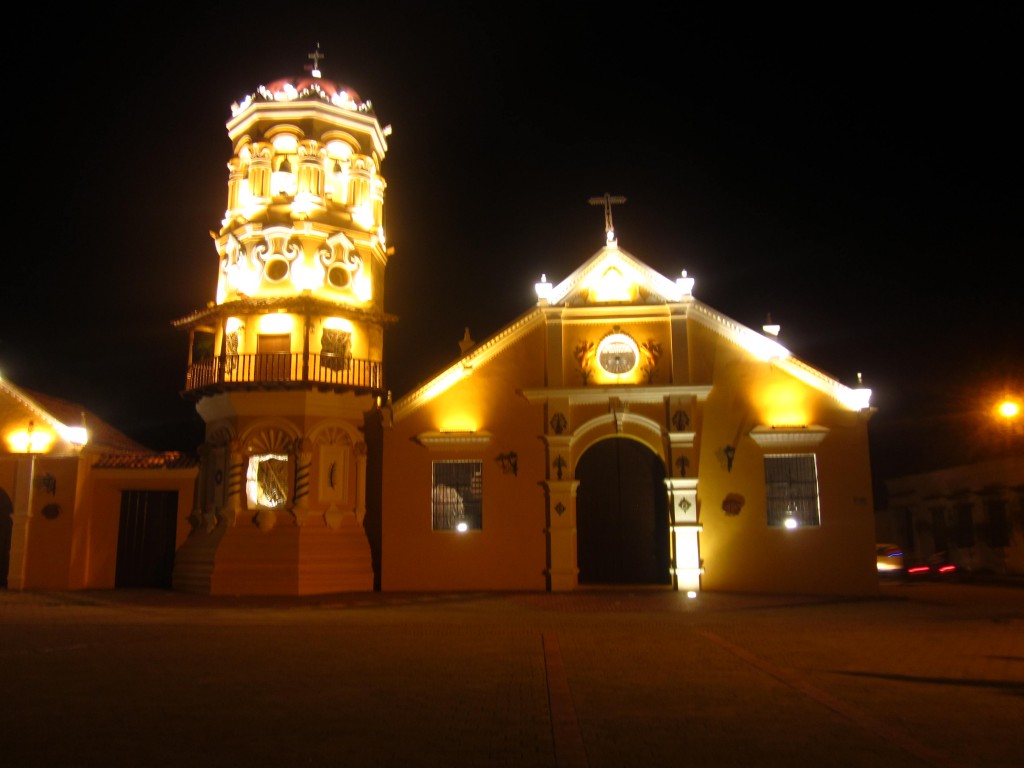 the church by our hostel at night

we left mompos on a rainy morning, which they swore they hadn’t had in months. so, it was  a little trickier maneuvering the puddles and muddy stretches of road. i would say the craziest part was getting up the dirt bank (which turned into a slick mud bank) while exiting off of the ferry. but, bob got up it like a champ with tons of local spectators. so, we were back on pavement quickly after that and on our way south again.

our next stop was another town on the water, but with a totally different vibe. it was a little lake town outside of medellin, called guatape. and the locals take a lot of pride in their store- and home-fronts. almost every inch of the town was painted in bright colors with little scenes of daily life or nautical themes. it was totally overdone, but fun at the same time. and the lake views were spectacular as it snakes through the entire town. there is also a random rock face jutting out of the hillside, which adds a lot to the view. we took it very easy in guatape as it was a pretty relaxing environment. well, except for having to do a tiny bit of bike maintenance. we got our first flat tire of the entire trip! not a big deal though. we got it patched up quickly and got right back to relaxing. 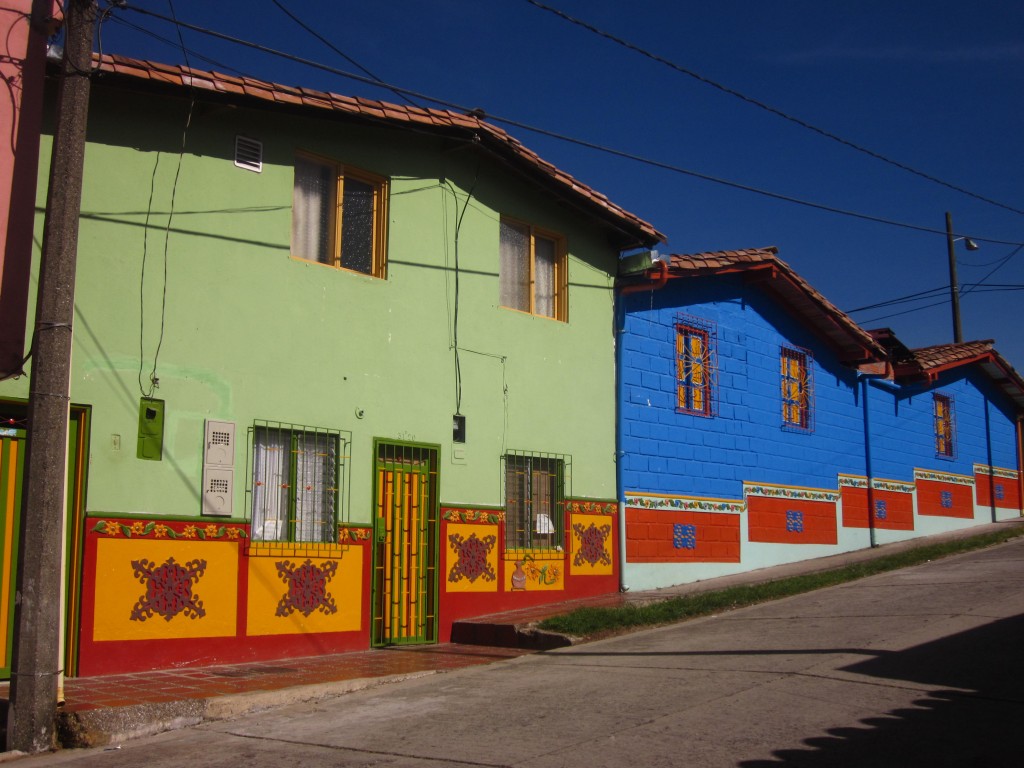 a taste of the decorating style in the town. every house was different, but had this general design theme 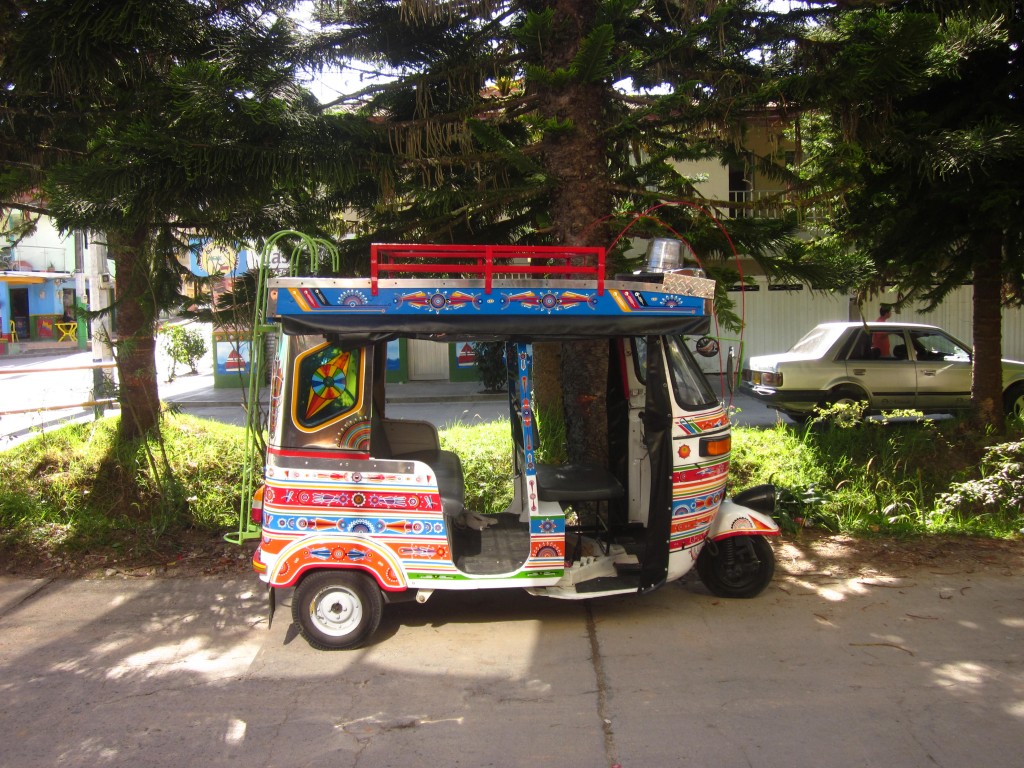 even the 'auto chivas' were super cute. 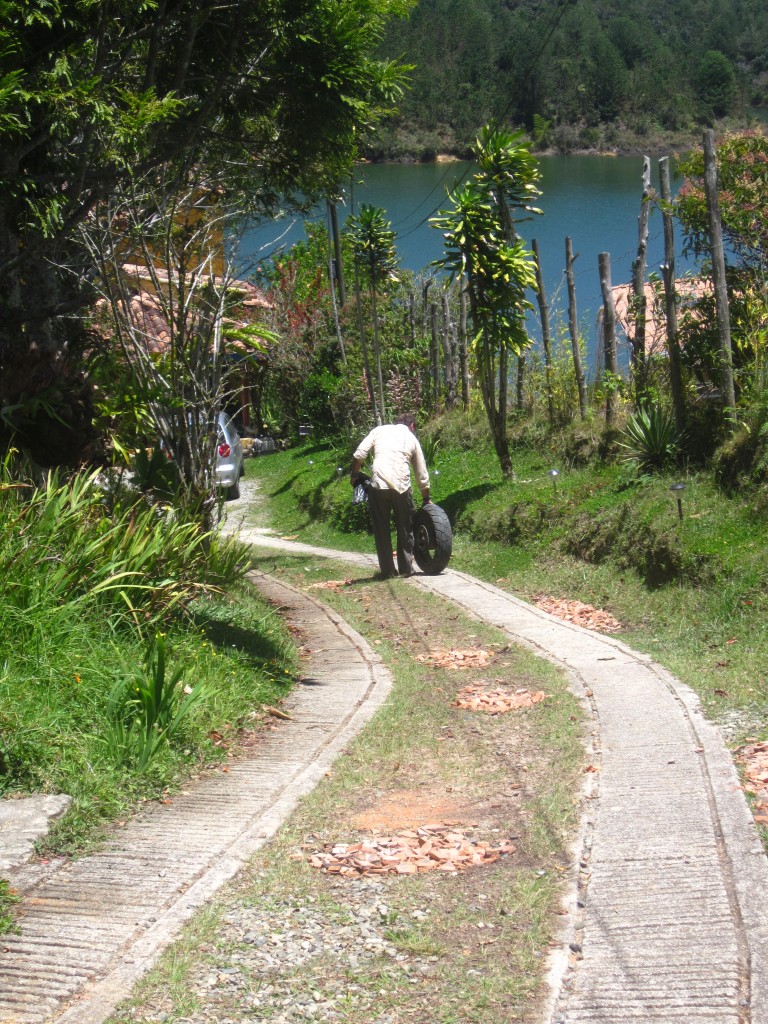 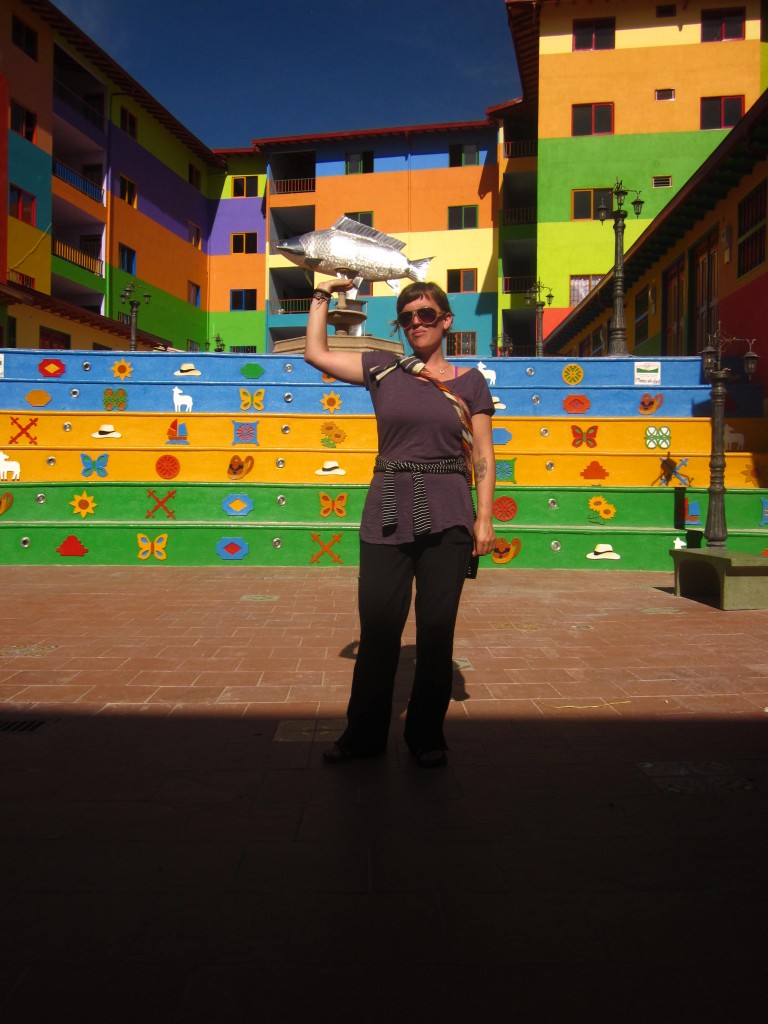 being silly while we walked around town 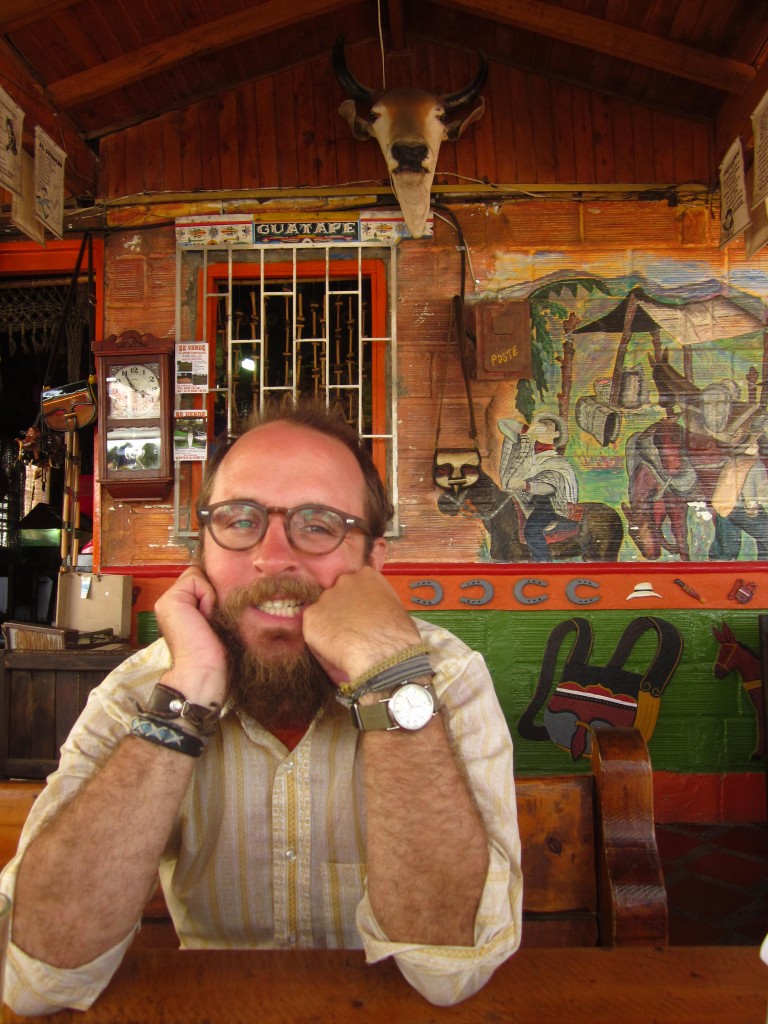 a restaurant on the lake that had awesome fried fish. we liked it so much we ate there twice. 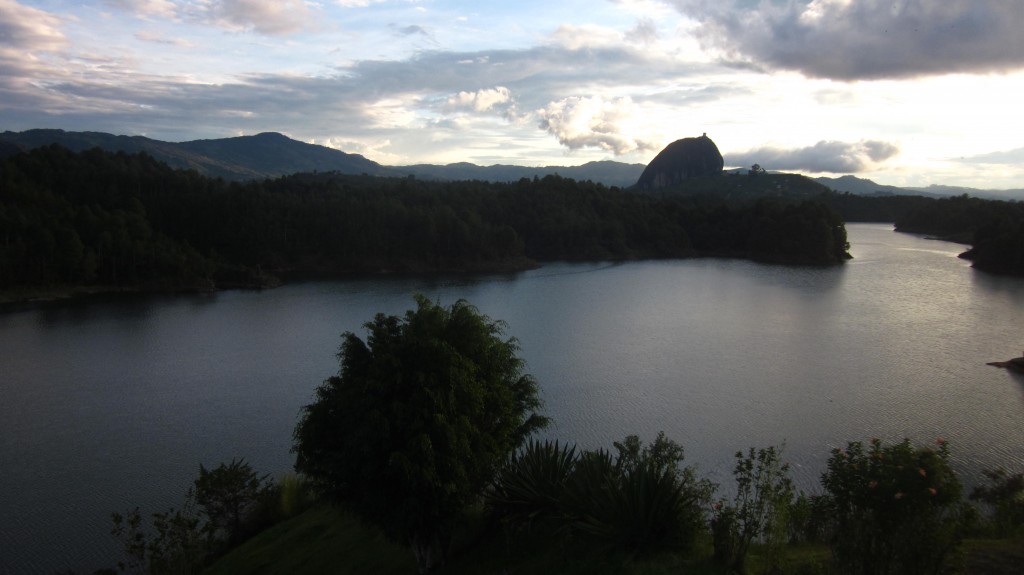 our view of the lake and the rock from our hostel. now can you see why we wanted to sit on the porch and relax the whole time?!

it was a great whirlwind loop of the northern and central parts of colombia. and these two sleepy towns were a great way to end it up. we feel like we have a much better idea of the different regions in the country now. we’re back in bogota getting paperwork on the bike together and then we’ll head up to gambita. we’ll let you know how that experience goes as soon as we can. wish us luck!