this is bob guest writing again.

so for anyone reading this who is a vegetarian because they don’t want to see animals die or think that killing animals for food is cruel, you should probably stop reading this post.  if you are still interested though, i killed my first chicken during our farm stay. 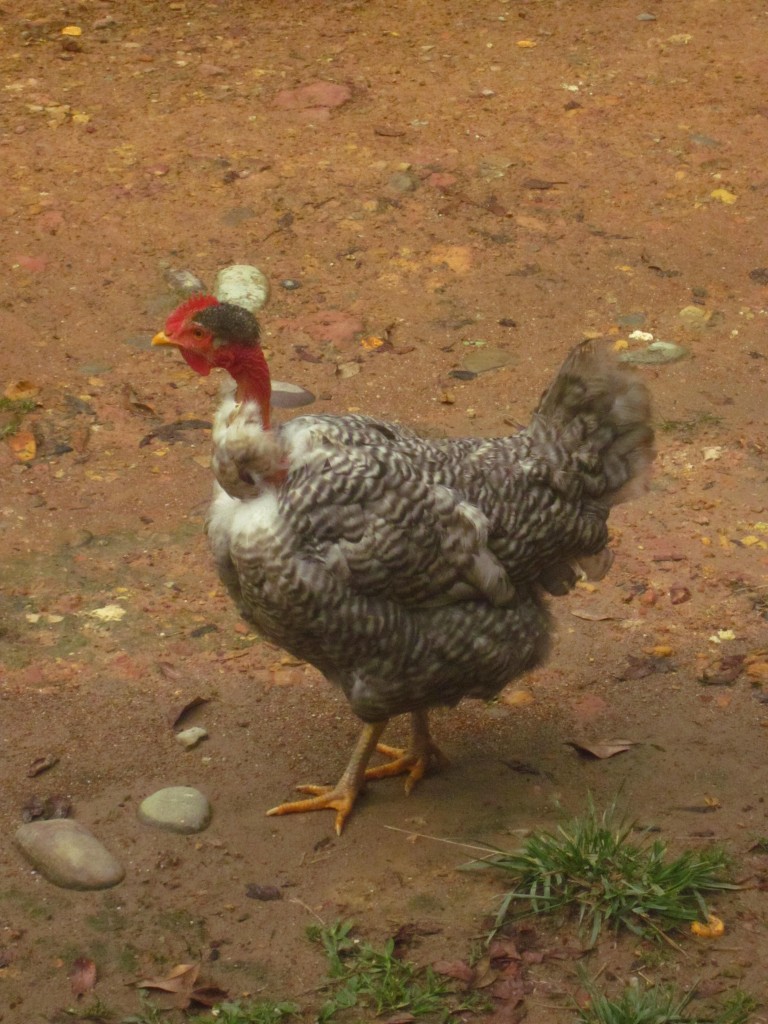 i had mentioned to rebecca early on during our stay that i was feeling the need to kill an animal.  being in such close proximity to and feeding so many different sources of food, i felt it unfair that i have eaten so many animals in my own lifetime but have failed to kill anything i have eaten other than frogs and fish.  there is a critical step in the food chain which incredibly i, and most people i know, have been able to skip entirely.

so rebecca watched rosa bring in a dead chicken to de-feather one day and mentioned that i was interested in helping the next time.  a week or so later rosa and the family were heading to tunja, a larger city a couple of hours away, for chavela’s sister’s 70th birthday.  they baked a cake and were taking a couple of chickens from the farm.  rosa told rebecca what was going on and rebecca tracked me down.  about fifteen minutes later i was holding the flailing, broken neck poultry by its feet and contemplating my new status as a chicken killer. 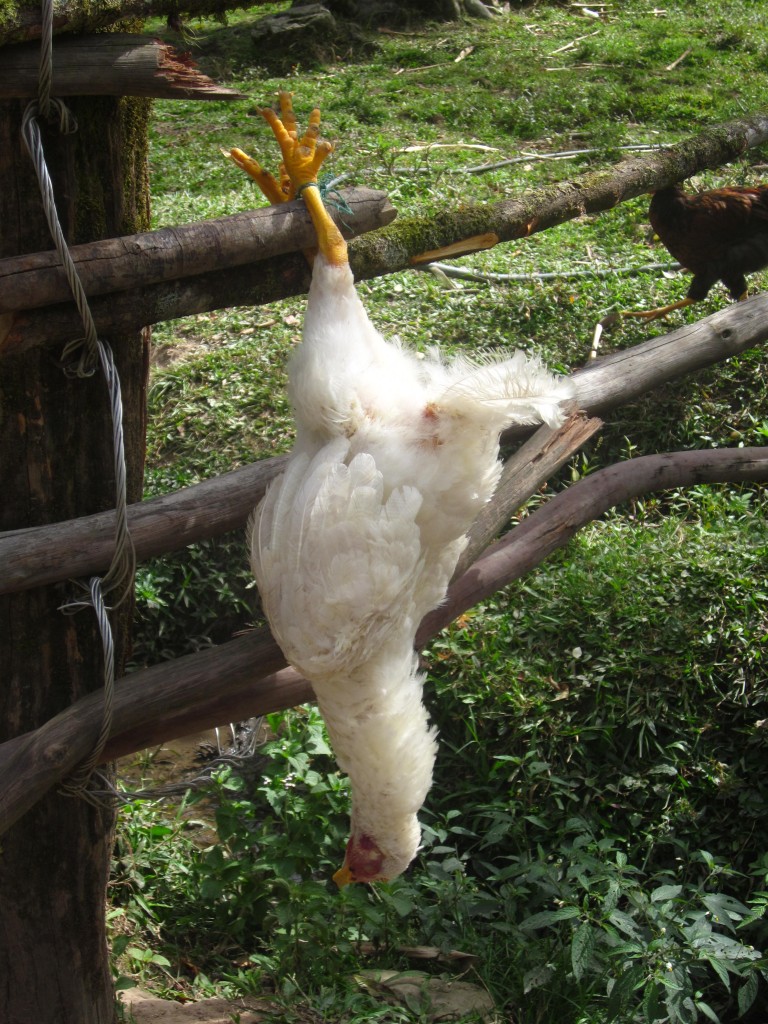 it all happened really fast and pretty much the whole time i was in a nervous state.  it kind of took me back to taking the first illegal drinks of alcohol as a teenager.  you know it is something that people do all the time but you still wonder if what you are doing is wrong. chavela helped point out my nervousness by asking me to show my shaking hand when i came back in the kitchen.  she laughed at me in the same manner as she did for pretty much the whole month.

the whole process was much easier than i had expected.  first, i tied the chicken’s feet together, holding the torso under my arm.  then i held the animal firm, gave its head a 360 degree turn, and finally grabbed just under the head and gave it a pull and a jerk to the side.  sadly, i think i only mostly killed it with my death pull.  rosa helped make sure it was fully dead quickly after though and showed me a better location to place my hand for future attempts.  after this was all completed, i hung the chicken upside down by the rope tied to its feet and let it writhe out the last bit of life it had in it.  rosa said she prefers this method to cutting the head off because she doesn’t like chickens running around the farm and getting blood everywhere.

once the chicken was hanging without movement, i passed the duties over to bec.  she took the bird and dunked it into the boiling water for a few seconds and took it outside to de-feather it.  she said the process was a lot easier than what she thought it would be.  the feathers were removed and boom, supermarket chicken with feet and a head. 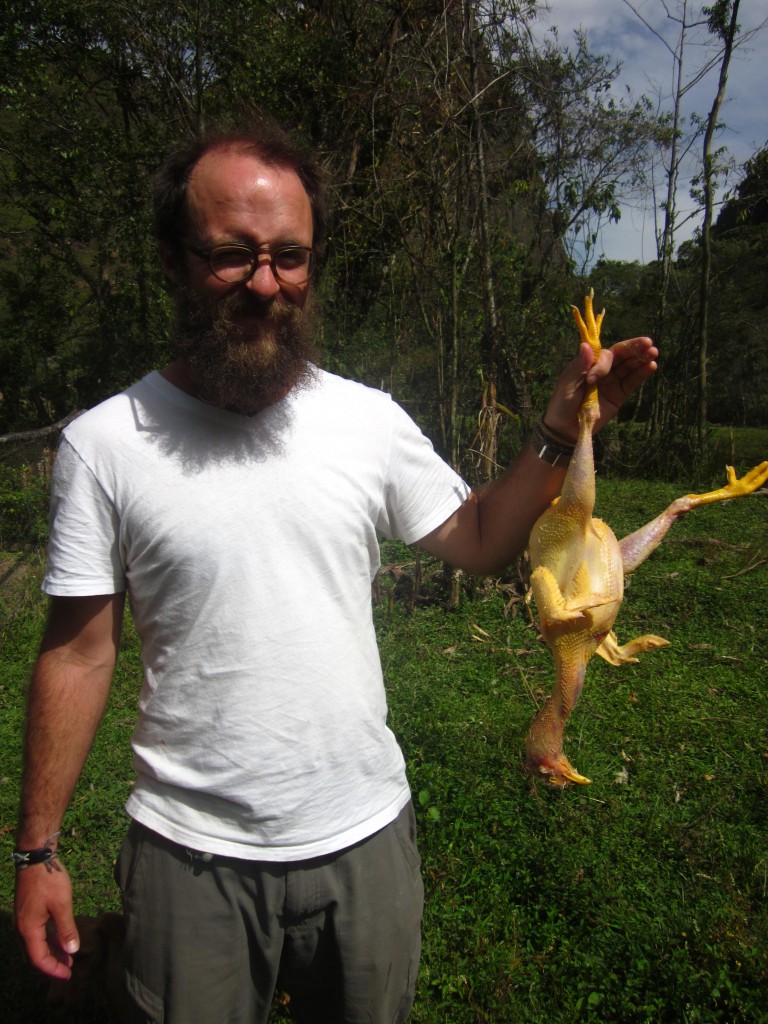 krogers ain't got nothing on this bird

so we took the chicken over to cutting rock and cleaned and separated everything and this was where i saw the most amazing part of the whole process.  look closely at this picture and see if you can find who likes the chicken tripe.

only two there, but plenty more arrived soon after

i had no idea they were cannibals and it was totally bizarre watching the fierceness they had in fighting for a bite of the insides of their former friend.  rebecca was in the bathroom washing her hands when this process started and she said when she came out there were two chickens playing tug-of-war with a piece of intestine.  after a little bit of griminess and learning how to only cut the tendons, we had a chicken ready to be made for lunch and dinner for the next couple of days.  other than the tripe, they keep it all too: feet, head, you name it and they eat it.  i nibbled on my first chicken foot but didn’t care for the texture too much.  otherwise the chicken tasted fresh and like chicken.

i feel like i definitely gained a little deeper connection to my plate from this process, and  i think i have a little more clout as an omnivore now.  i was surprised at how easy the whole process was and also have a new appreciation for just how easy and sustainable chickens are as a source of protein in your diet.  they consume very little resources, need very little space, and are fully grown in less than a year.  all that said, i can’t wait to go back to less meat consumption and more veggies.

here are some black and white photos of the farm. 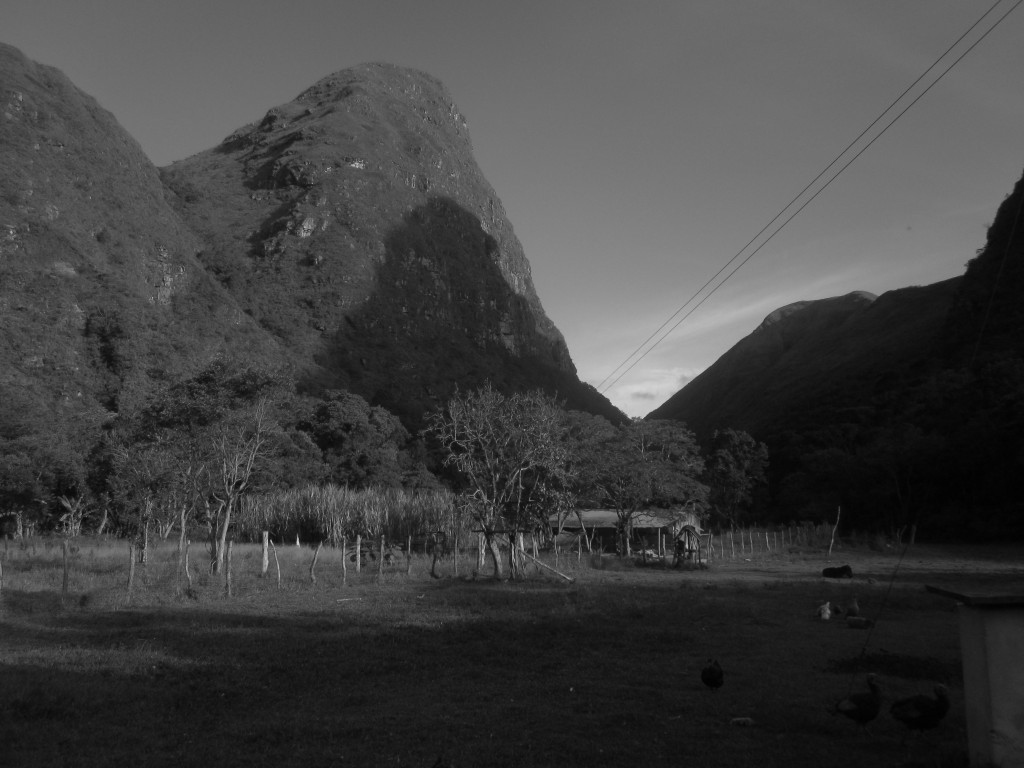 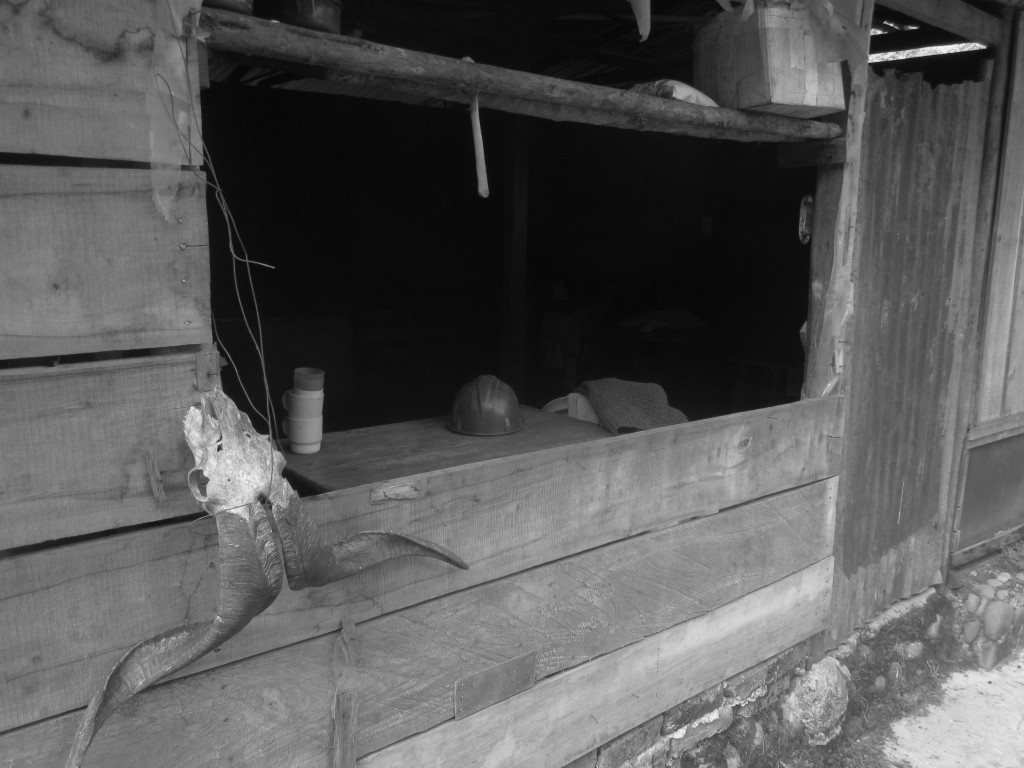 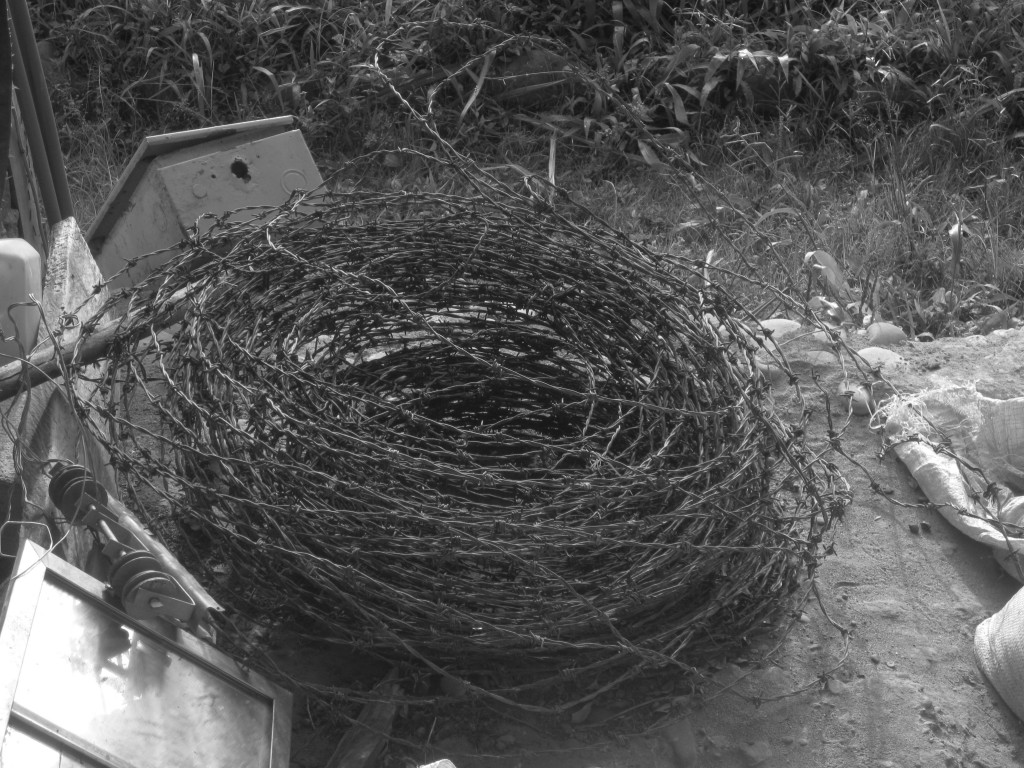 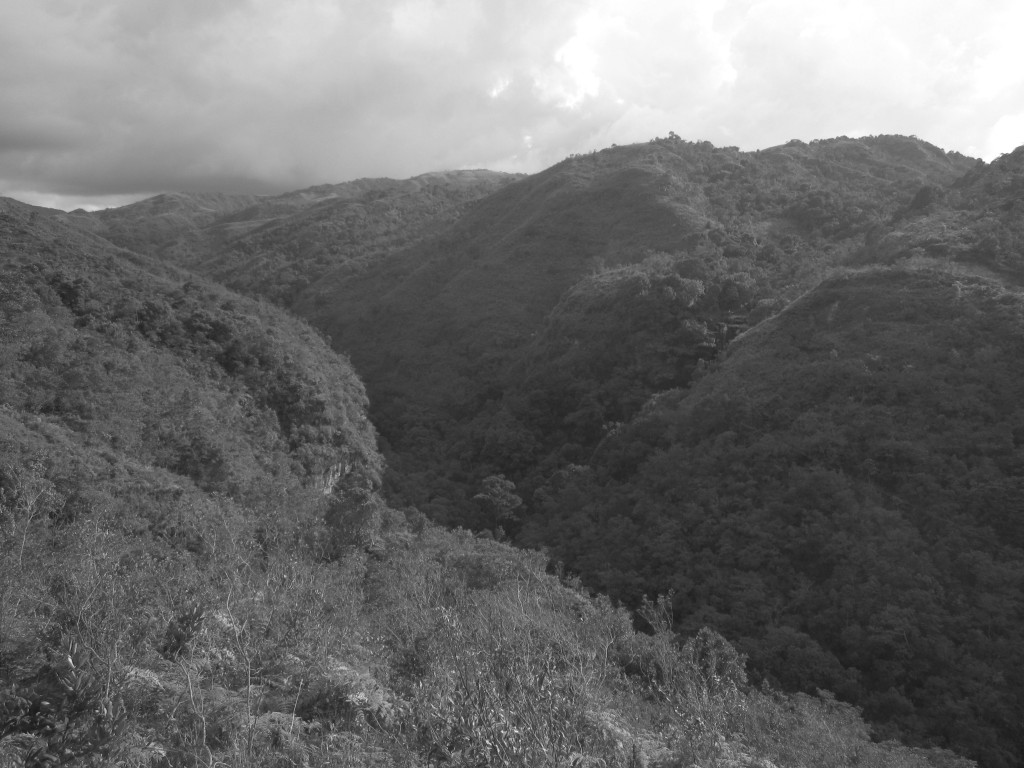 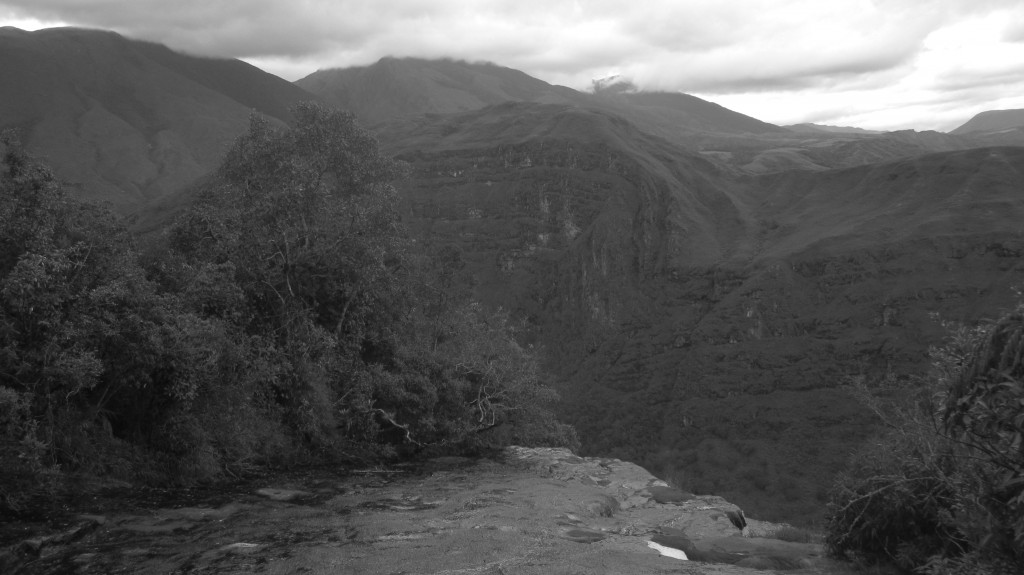 and all of this was within 30 minutes walk.  definitely one of the prettiest places i have ever had the chance to visit.