we stopped in jackson, mississippi to visit our friends tory and richard on the way to new orleans.  it was really great to see their space and their city for a few days.  it was also great timing for getting off the bike for a day and resting up a bit.  we’re still trying to get back in riding shape, since we weren’t riding as often this winter.  and one day off really makes a world of difference. we got some mississippi barbeque, met some of the friends, but mostly just took it easy and caught up.

on friday morning we got a rainy start to new orleans, but were happy to find ourselves very dry after an hour on the interstate in pouring rain.  the second half of the drive was pretty fun and scenic.  we drove over about 20 miles of swampland on a suspension bridge.  there were little communities of houses in the swamp, with only motor boats as transportation.  looked like an interesting existence.

we are now winding down our stay in new orleans, where we rented an apartment in the marigny neighborhood.  it’s been a weekend jam-packed with experiences.  so it’s hard to sum it up in a paragraph.  but, it’s been so great to see family and friends one last time before we leave the country.  and it’s been an awesome setting to do that.  we really got more of a feel of new orleans this trip by staying in a residential neighborhood and walking all over the area.  the krewe du vieux parade was amazing once again.  and the entire neighborhood came out to celebrate it.  it’s a worthy cause if you’re ever in need of an excuse to visit new orleans.

we’re off again tomorrow to camp our way through louisiana and texas and then meet up with our trip mate around austin.  i’m pretty excited to get back to the lifestyle we were starting to adopt: early bedtime, early mornings, camping diet (which is the total opposite of the last few days).  the bike actually feels more like home than anything right now, and we’ve had it parked for two whole days!  so, i might not be able to post again until we are close to the mexico border.  but, i’ll make sure to update on our last week in the us before we are officially expatriots.  we have a last final to-do list for san antonio with a few bike maintenance items and final errands, so we’ll have some more down time at the end of the week.  until then, a few of the winning photos from the last few days (out of the hundreds taken)… 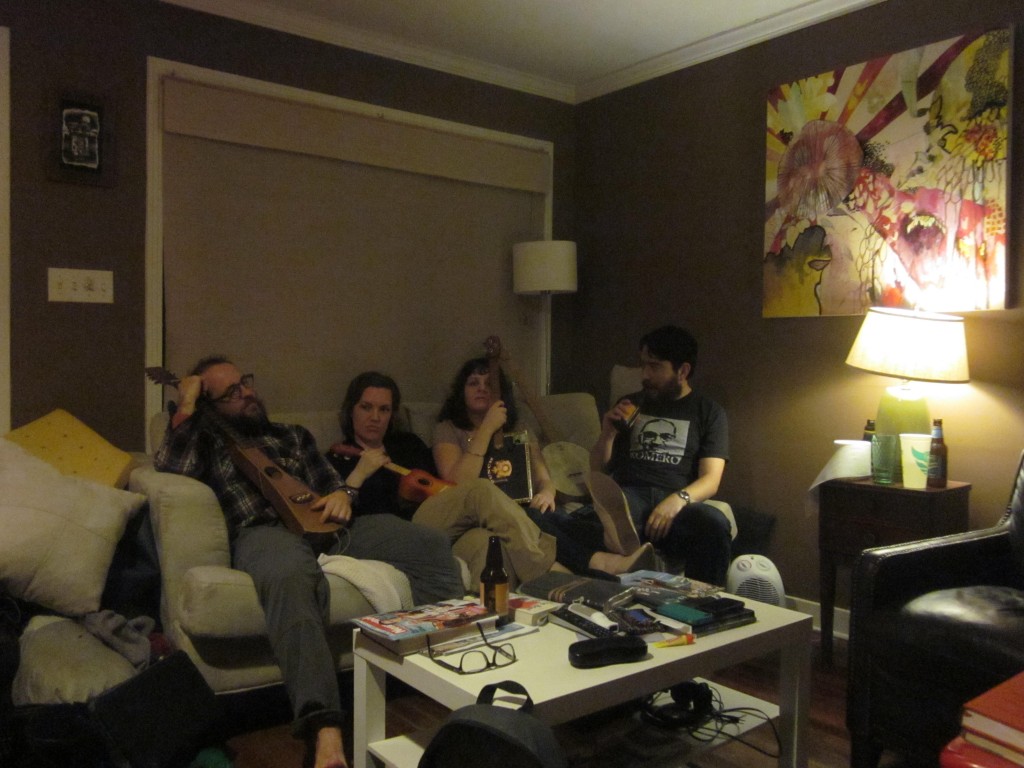 a little qt with tory and rich in their living room in jackson. we like to play music when we’re together. 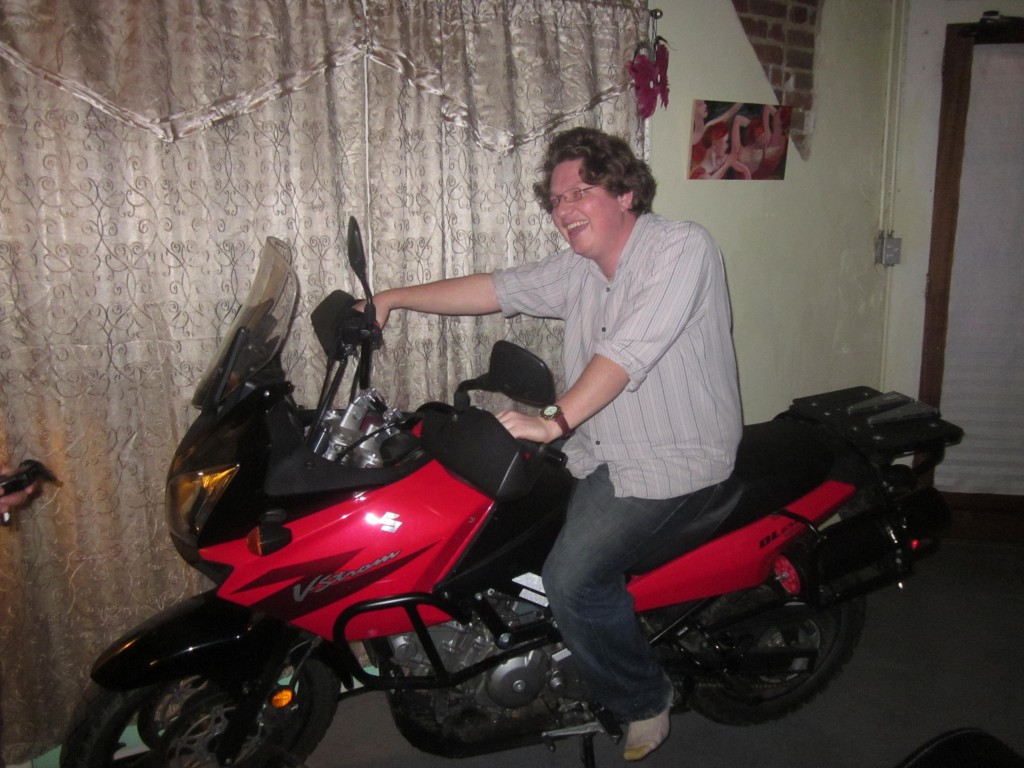 our friend, no show, getting a feel for the bike.  we decided to go ahead and practice parking it indoors because we’re gonna be doing a lot of that for safety soon.  and there was plenty of space for it right inside our rental.

my brother cooking up a delicious cajun dinner for the whole crew before the parade on saturday night. 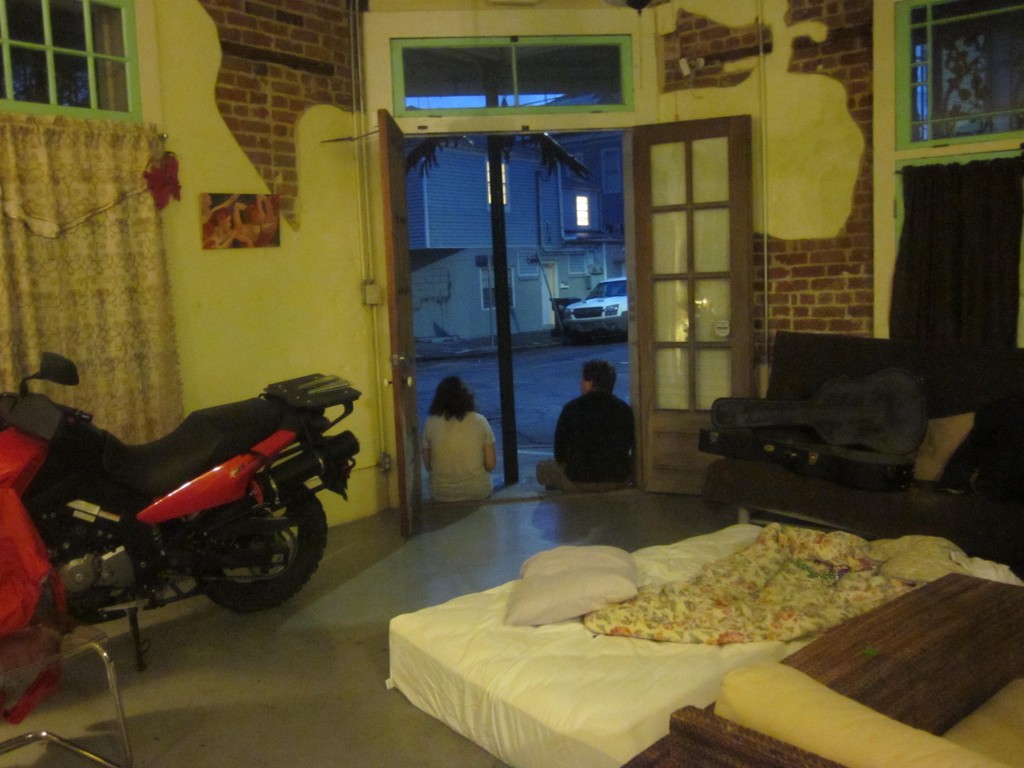 tory and no show watching the festivities from our doorway.  the parade began right up the street from our house, so we really picked a perfect spot. 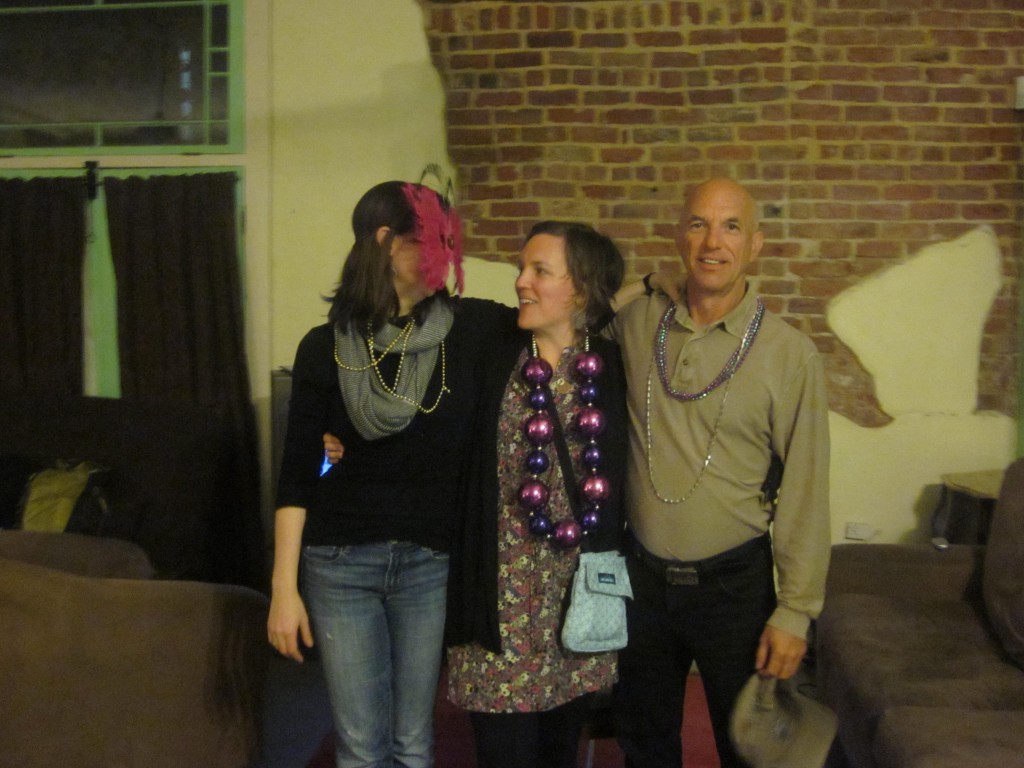 getting geared up to go out on saturday night with my sister and my dad. 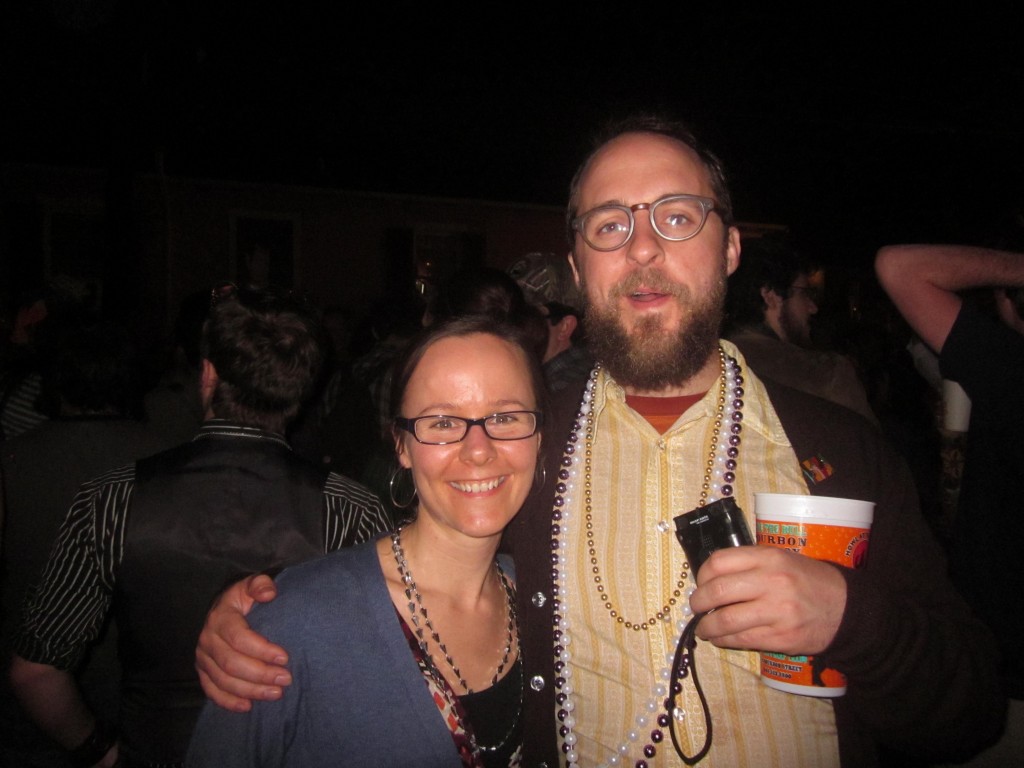 peanut!  it was so good to finally meet you.  hope you made it home safe and sound.

john, having way too much fun with technology.  it was so fun to experience new orleans with him! 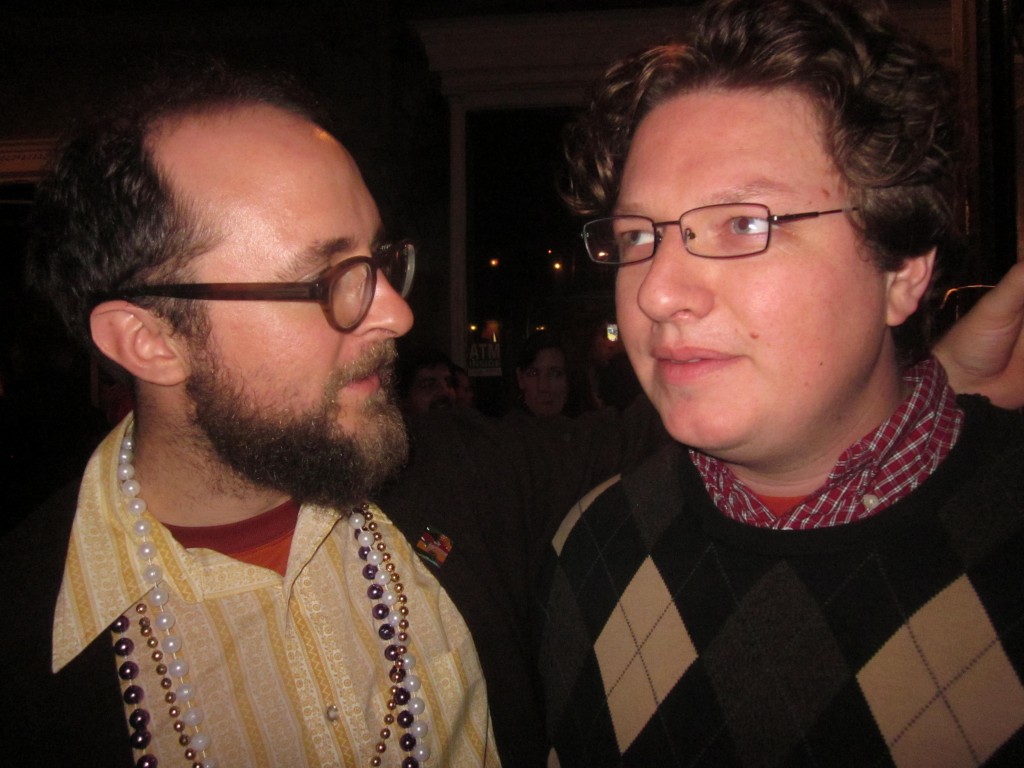 bob working on his interviewing skills.  the verdict is still out as to whether they’ve improved over the weekend… 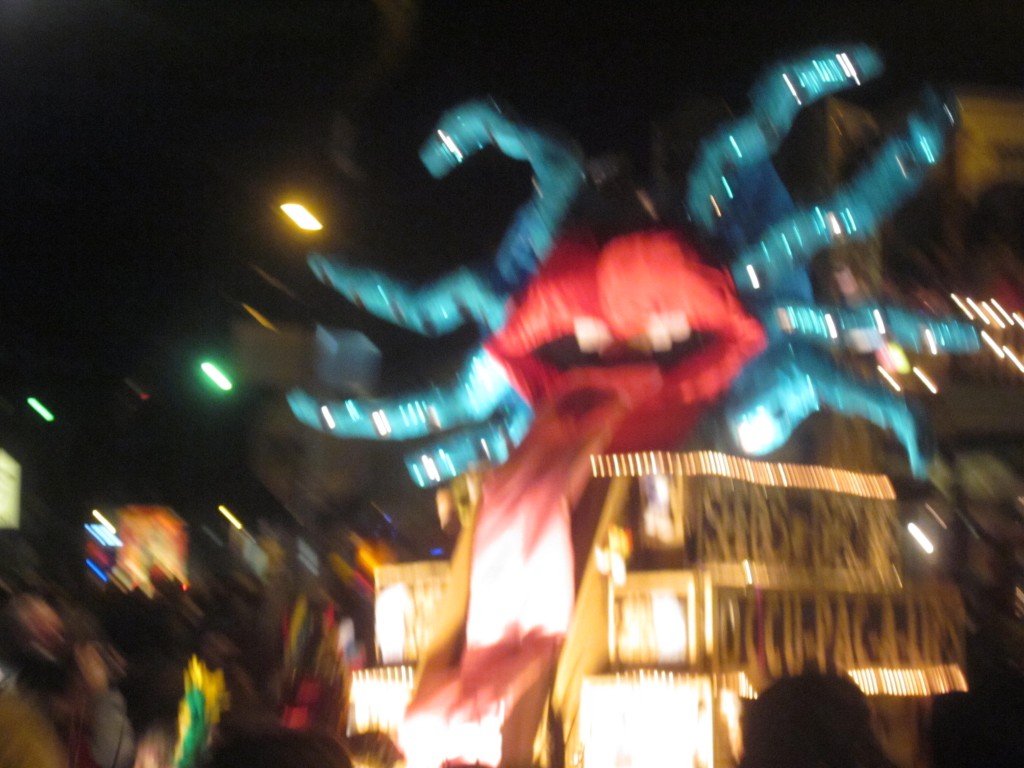 krewe du vieux.  too much fun.

Response to the last hurrah