oh my, it’s been a long time since i’ve posted.  this might end up being the pace once we cross the border.  so i guess it’s better to get used to days without internet now.  we were sad to leave new orleans and the magic that it seems to exude.  but, the rest of louisiana proved to be interesting and beautiful as well.  we drove through lots of swampy areas and flooded fields (where we think they might be growing rice?) our camp site outside of new iberia was pretty swanky, with heated bathrooms and showers, and i was only slightly afraid of an alligator joining us around the campfire. 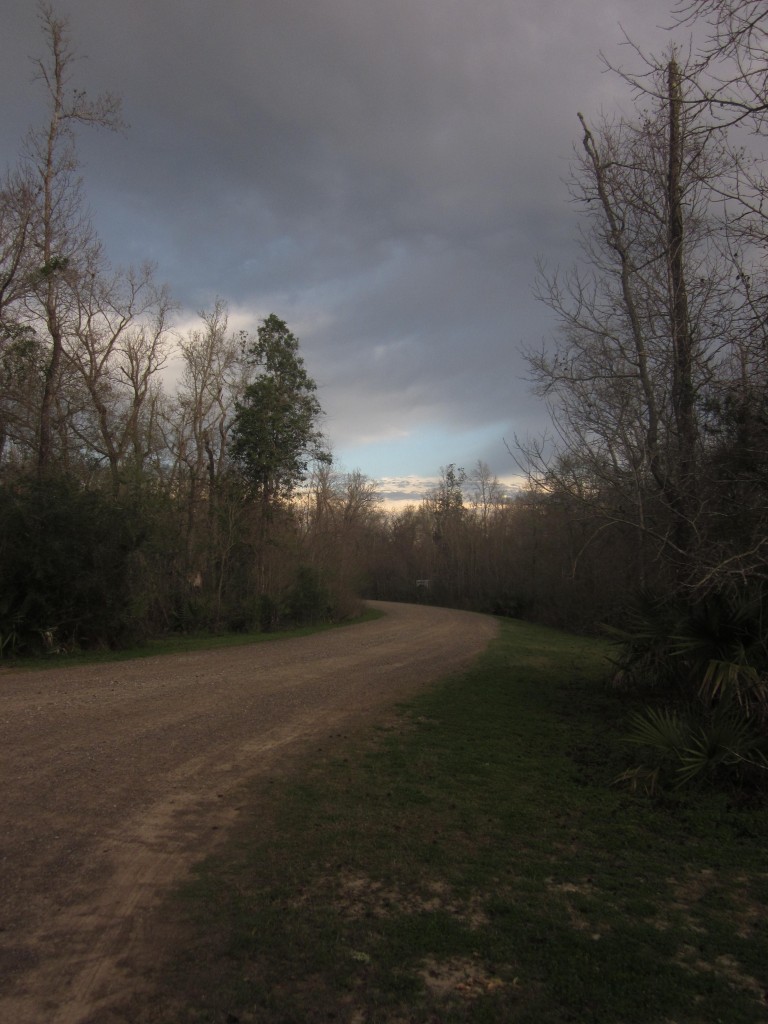 below is bob wearing the ‘cape of shame’. this is something that started when he hiked the AT, and the basic idea is that if you do something worthy enough, you have to wear it for the day.  somehow this item made it into the precious few things we took.  but, it serves as entertainment, so i’m ok with having it along.  bob earned the cape that morning because we had everything loaded and locked on the bike (which is about a 30+ minute process) when he realized he didn’t have his riding gloves and couldn’t find them in his jacket.  so, we took 30 more minutes unlocking and going through each piece of our luggage to no avail.  when he did a second check of his jacket the gloves were in the back pocket.  luckily, we weren’t on a schedule that morning and his willingness to wear the cape made it more comical than frustrating.

after one night in louisiana we headed south to pass along the gulf coast before heading into texas.  it was a scenic route, but not in the traditional coastal sense.  there were oil rigs all along the horizon, a few miles out into the ocean.  and the mosquitos made stopping for longer than a few minutes pretty miserable.  so, we were actually pretty happy to head inland once we reached texas.  on our way we took a fun 10 minute ferry ride to cross a river close to the border.  bob got a picture of me relaxing on the back of the bike while we were taxied across. 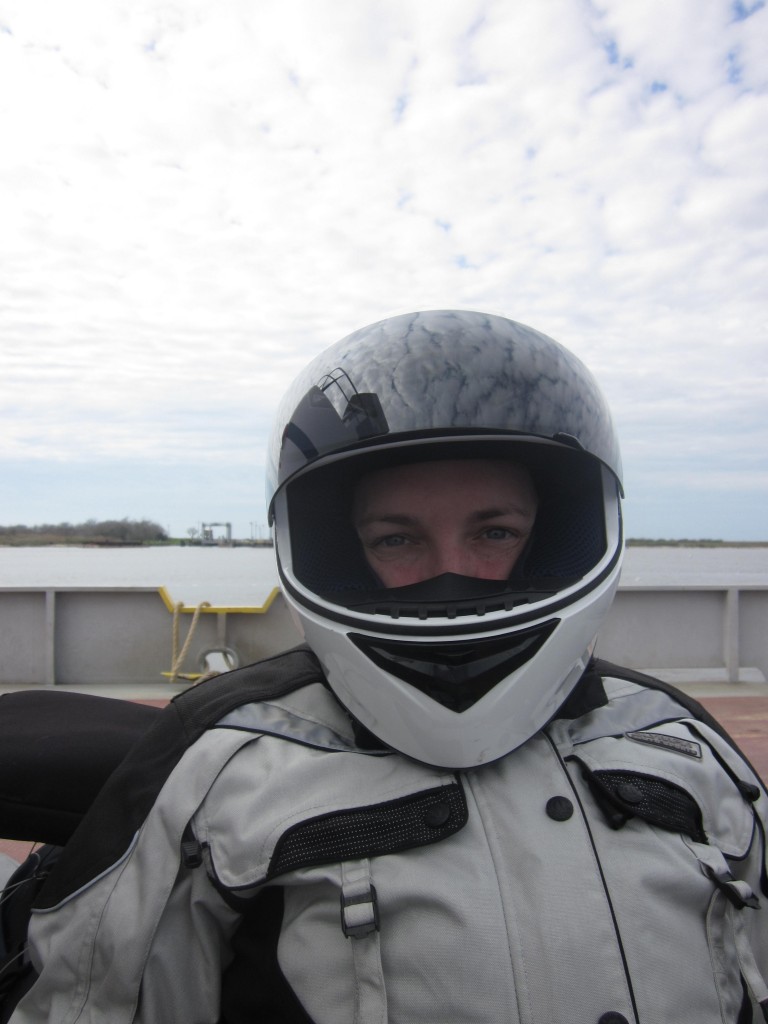 once we entered texas we were bombarded by oil refineries, car mechanics, and prisons.  we weren’t sure if this was a good introduction to the state.  but, after camping and riding through the small towns and countryside for two days, we’ve seen some of the more beautiful representations.  i’ve seen some of the prettiest cattle i might ever see and they graze on large farms with fancy gates.  we’ve also seen lots of horses (some miniature) and donkeys.  surprisingly, there have been quite a few donkeys, mostly mixed in with the other farm animals but they still seem strange. 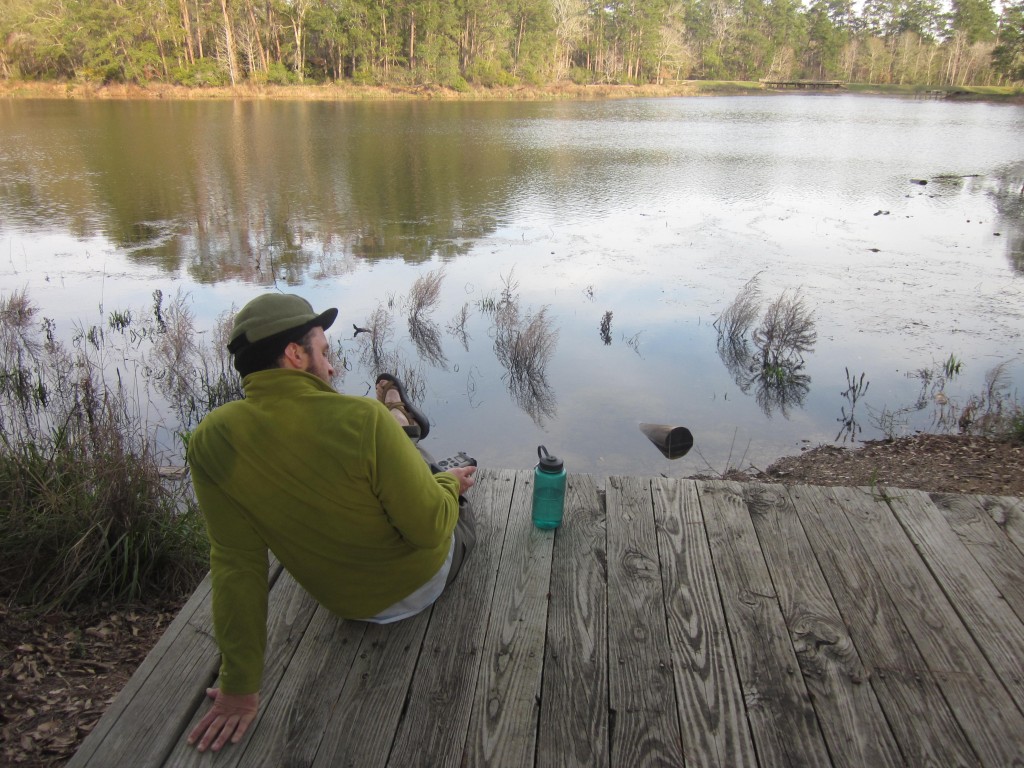 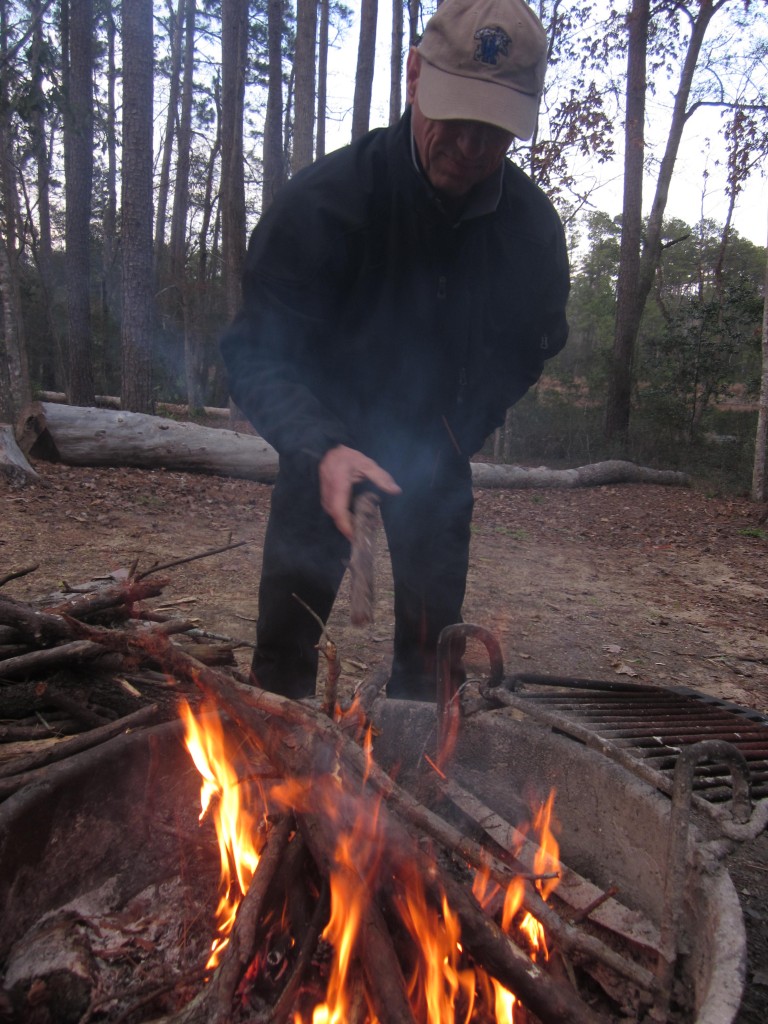 my dad loves to build fires and he did a stellar job of this one.

texas feels a bit foreign to me.  or maybe i’m just finally starting to feel far from home.  it’s been wonderful to see new sights everyday and i’ve only hit the tip of the iceberg where that sentiment is concerned.   along with the excitement for adventure, though, i’m pretty sure i will constantly be followed by a slight feeling of loss of the familiar: family, friends, kentucky.  but, i think it’s the complex mixture of emotion that will ultimately make this trip one that will teach me something new about myself.

and speaking of the familiar from home… 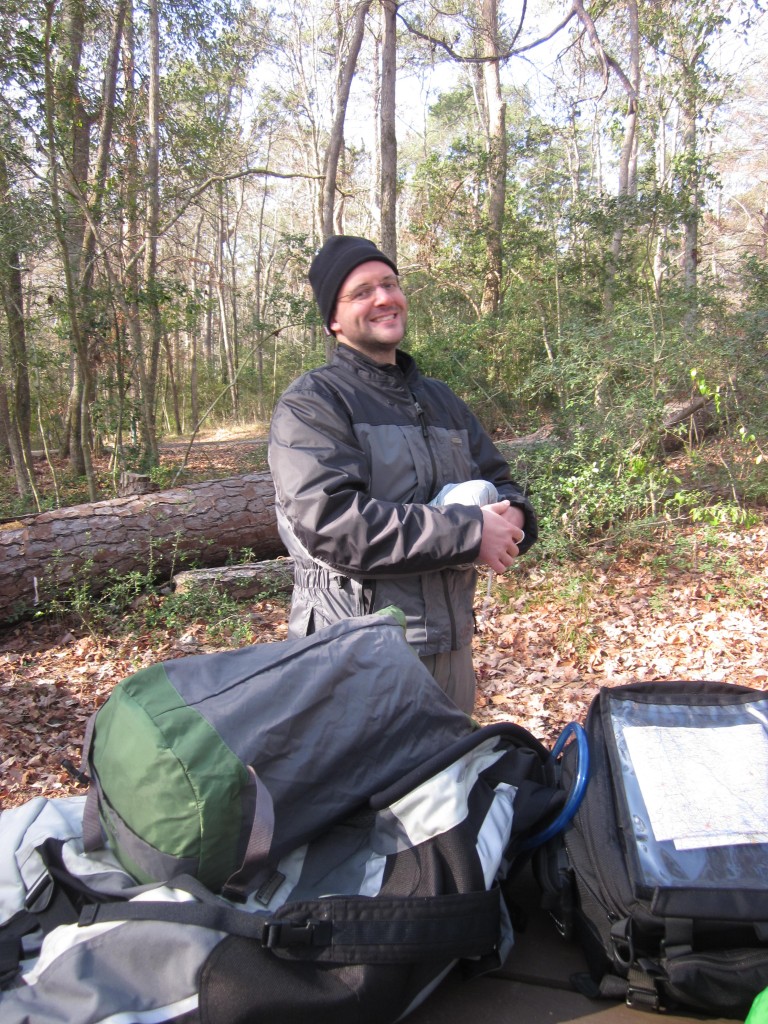 matt arrived!  he met up with us well past dark last night after a few grueling days of riding solo, trying to catch up.  it was so good to see him! we are much more into trip planning mode now that matt has arrived and our little group is complete.  we’re going to hull up in austin for a few nights to take care of a few things, and then it’s off to san antonio then the border!  more from austin soon…

Response to texas is big

« the last hurrah
the small things »